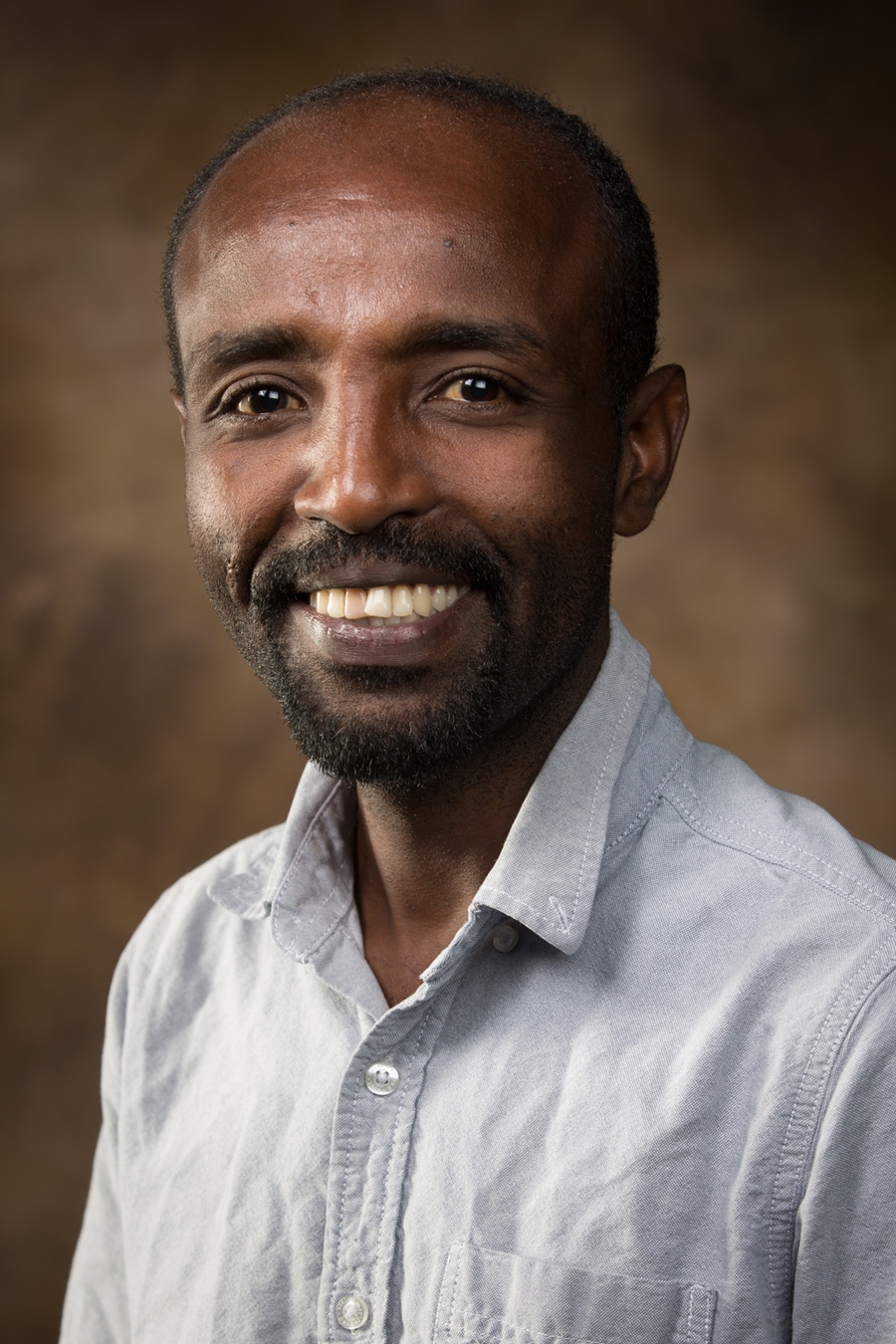 First author Desalegn Debu, graduate student in the Department of Physics at the University of Arkansas

University of Arkansas researchers have studied the optical characteristics of a special type of material made of a single layer of phosphorus atoms for the benefit of detecting and interacting with infrared light, which is invisible not only to the human eye but to many other materials proposed for use in optoelectronic systems.

Such systems strive to utilize light alongside electrons to speed up processing and to reduce heating and other energy-wasters in our ever-growing plethora of computational devices.

The group of researchers in the Department of Physics published their findings in a recent issue of Scientific Reports, a journal from the publishers of Nature, helping to advance the understanding of black phosphorus as an optically useful material. Physics doctoral student Desalegn Debu was the first author of this theoretical and computational work titled Tuning Infrared Plasmon Resonance of Black Phosphorene Nanoribbon with a Dielectric Interface. Other authors include Stephen Bauman and David French, University of Arkansas graduate students; and Hugh Churchill and Joseph Herzog, assistant professors in the Department of Physics.

Similar to a pebble splash causing waves to move across the surface of a pond, light shining upon a plasmonic material causes electrons to move back and forth on the surface. This wave of electrons, known as a plasmon, can be tuned like a musical instrument to oscillate most strongly for certain frequencies (colors) of light, making them useful for applications ranging across much of the spectrum of visible and invisible signals. Tuning is key to the use of plasmonic materials for specific applications, just as tuning a musical instrument is critical to creating the desired note.

Two-dimensional materials such as graphene, a sheet of carbon with single-atom thickness, have experienced a lot of hype in the scientific world within the past decade. They offer the potential of reducing the size of various optoelectronic components down to single atoms thick as well as taking advantage of unique physical properties. While graphene has been the 'poster child' of 2D materials and it may yet hold promise for improved electronics, material strength, or light-based technology, it is not perfect. Graphene lacks what is called a bandgap, a defining property of semiconductors. This limitation of graphene is being circumvented by looking into other materials that offer superior structural, electrical, thermal, or optical properties. Black phosphorus, which has a corrugated structure of phosphorus atoms with two different crystalline directions, offers unique benefits over other previously studied options.

The study performed by Debu and his colleagues investigates the theoretical effects of changing material properties in the area surrounding a black phosphorus sheet. The results demonstrate that the wavelength of light absorbed by the material can be tuned by changing the surrounding material. The study also advanced the understanding of the plasmonic nature of this material when it is patterned into nanoscale ribbons with different widths. Combining the tuning parameters of nanoribbon width and surrounding media, black phosphorus can become a very useful material for applications involving infrared light. An additional benefit of black phosphorus is that its two different crystalline directions allow for light to interact differently with the electrons on the surface depending on the orientation of the light waves used in the application.