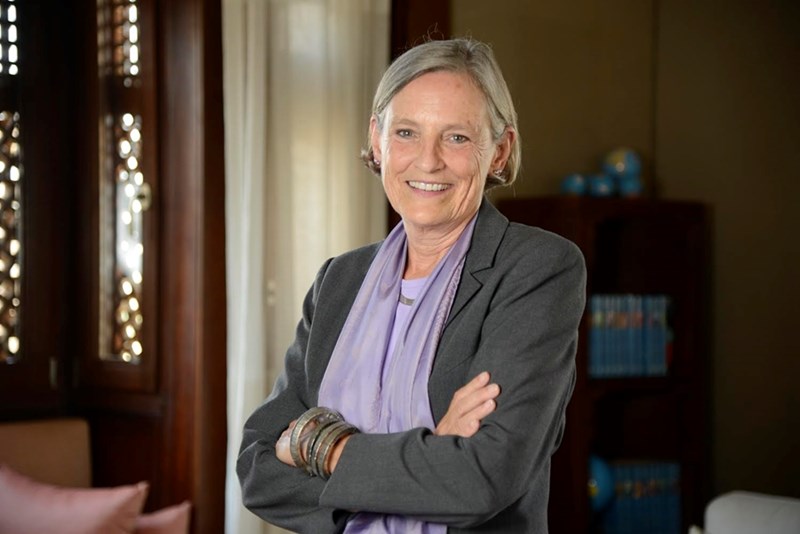 Lisa Anderson, special lecturer and James T. Shotwell Professor of International Relations Emerita at the Columbia University School of International and Public Affairs, will give a lecture titled "The State and Its Competitors in the Arab World" at 5:30 p.m. Monday, Feb. 26 in the Gearhart Hall Auditorium (GEAR 26).

The European-style state introduced in the Arab world after World War I did not reflect local interests or aspirations but introduced several long-lasting, and deeply dysfunctional, dynamics into modern political life. The new states came with expectations for government that would prove impossible to meet while imposing a system of rule that, far from creating citizens, often reinforced non-state identities and created deep communal resentment and anger.

The results of this history can be seen today in the weakness of the contemporary states and the strength of alternative political identities and movements across the region, from the Egypt's Muslim Brotherhood to Libya's tribal militias, Iraq's Kurdistan and Yemen's Houthi rebels.

"The news is full of reports about the severe challenges faced by Arab states from a variety of non-state actors," says Ted Swedenburg, professor of anthropology and faculty affiliate of the King Fahd Center for Middle East Studies in the J. William Fulbright College of Arts and Sciences. "The emergence of the political groups and identities that contest the hegemonies of the Arab world's nation-states has a long and complex history. We look forward to sharing Professor Anderson's considerable expertise on these issues with the U of A campus community."

Anderson's scholarly research has included work on state formation in the Middle East and North Africa and on regime change and democratization in developing countries. Anderson has served as both president and provost of the American University in Cairo, as dean of the School of International and Public Affairs at Columbia University, and has taught at Princeton University's Woodrow Wilson School and in the Government and Social Studies departments at Harvard University. Among her books are The State and Social Transformation in Tunisia and Libya, 1830-1980 (1986) and Pursuing Truth, Exercising Power: Social Science and Public Policy in the Twenty-first Century (2003).

The lecture is presented by the King Fahd Center for Middle East Studies and the Department of Political Science in the J. William Fulbright College of Arts and Sciences, and is free and open to the public. Join the event on Facebook.