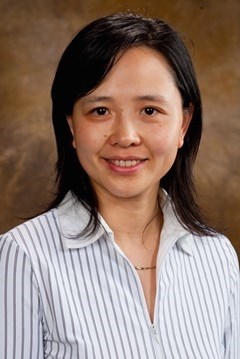 Ka Zeng, professor in the Department of Political Science and Director of Asian Studies in the J. William Fulbright College of Arts and Sciences, and Yun Sun, senior associate with the East Asia Program at the Stimson Center and a non-resident fellow at the Brookings Institution, will lead a discussion on the implications of the rise of China for the global order from 2 to 3:30 p.m. on Saturday, March 10, at the Fayetteville Public Library.

As China's power continues to rise and Beijing flexes its muscle assertively, the question of China's view of and relations with the existing international order has become an acutely pressing one. The common perception is that China as the rising power will inevitably and instinctively seek to disrupt and replace the current international order.

In fact, such a view is not necessarily unpopular in China. While China claims that it is a strong supporter of the current international order, the support is partial and primarily motivated by the privileges and benefits China enjoys from the system. And they do not prevent China's vigorous pursuit to revise and reform the existing order to reflect justice and fairness as defined by China.

China envisions a "community of common destiny" as the future of the international order, which is above all based on the traditional Chinese world view and moral codes. However, the materialisation of such a community will face many critical challenges both in theory and in reality.

This event is supported by the National Committee on U.S.-China Relations' Public Intellectuals Program, which is funded by Carnegie Corporation of New York.

While continuing to serve the community through the COVID-19 crisis, the Jane B. Gearhart Full Circle Food Pantry still needs donations. Give now.

The shift to online summer sessions at the University of Arkansas has been extended to courses through Summer II, which ends Aug. 3.

More than 100 singers from the Schola Cantorum, Women's Chorus, Men's Chorus, Inspirational Chorale, and Chamber Choir learned the Alma Mater and recorded themselves for a virtual choral version.

Short Talks: Sure, Sugar Is Bad for Your Teeth, But Not How You Think

The newest Short Talks From the Hill podcast examines why tooth problems in humans do not come from the sources you would expect.

Tip of the Day: Tutoring Support

Tutoring and academic support are still available for students through the CLASS+ online options.