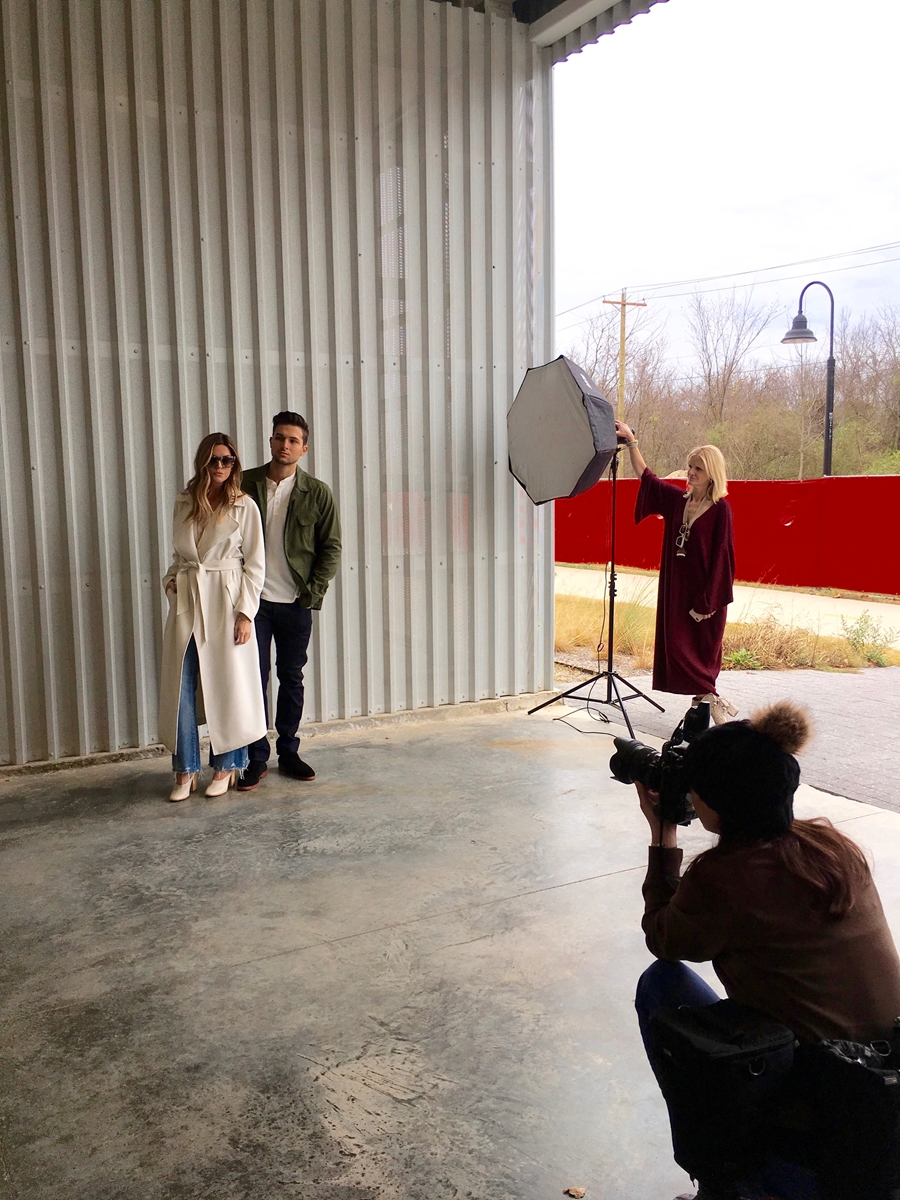 The School of Art at the J. William Fulbright College of Arts and Sciences' Sculpture Studio recently hosted a photo shoot featuring the chic fashions of local boutique Lola, for The Scout Guide Northwest Arkansas publication.

The 33,000-square-foot studio, located on Hill Avenue in south Fayetteville was redesigned and renovated into a cutting-edge educational art facility last year. Now, the facility has set the stage for art and fashion to become its own masterpiece. The Scout Guide Northwest Arkansas visited the studio in early December to take the photos, which will be featured along with the studio in their April 2018 issue.

"The facility space was exactly what we were looking for," said Rebekah Lawerence, editor of The Scout Guide Northwest Arkansas. "Clean lines, streamlined architectural elements and simply an idea incubator space for fashion and art to intermingle."

Photographer Meredith Mashburn, who led the shoot, used the complex's outdoor space, hallways, student studios, classrooms and art featured throughout the building to highlight and enhance the fashion from Lola.

Jade Terminella, senior buyer for Lola and alumna of the University of Arkansas, was also on site assisting in assembling the photographed looks, which feature both a male and female model. Terminella has been a leader in the Northwest Arkansas fashion community, founding Northwest Arkansas Fashion Week in the spring of 2012. She said she was extremely excited to see the progress of the newly founded School of Art and to have the apparel of Lola shot in such a state-of-the-art facility.

"Opening the doors to the Sculpture Studio for community collaboration is one of the dedicated directions of the School of Art," said Jeannie Hulen, associate dean of fine arts for Fulbright College and former chair of the department of art.