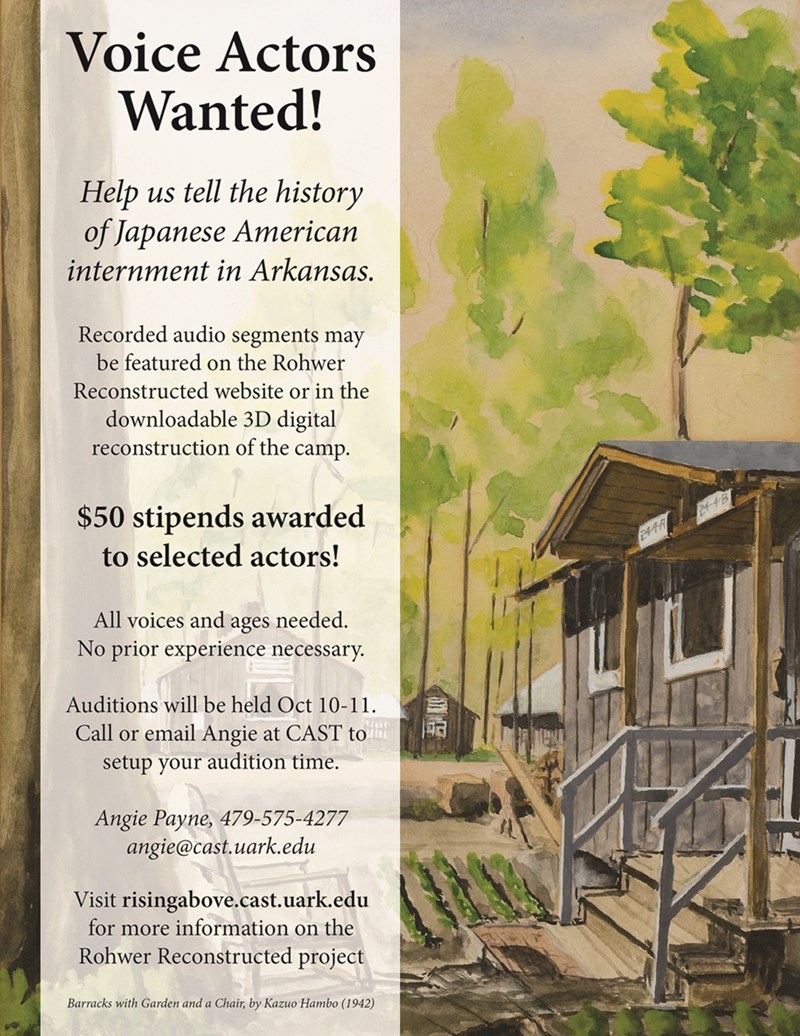 Barracks with Garden and a Chair, by Kazuo Hambo (1942)

Students interested in voice acting are invited to lend their vocal talents to the Rohwer Reconstructed project. All voices and ages are needed; no prior experience is necessary. Stipends of $50 may be awarded to selected actors for their participation.

The Rohwer Reconstructed project is funded, in part, by a grant from the U.S. Department of the Interior, National Park Service, Japanese American Confinement Sites Grant Program.

Auditions will be held Oct. 10 and 11. To set up an audition time, contact Angie Payne of the Center for Advanced Spatial Technologies at angie@cast.uark.edu or 479-575-4277.

For more information on the Rohwer Reconstructed project, visit risingabove.cast.uark.edu