U of A Once Again Posts Record Enrollment, but Growth Is Slowing 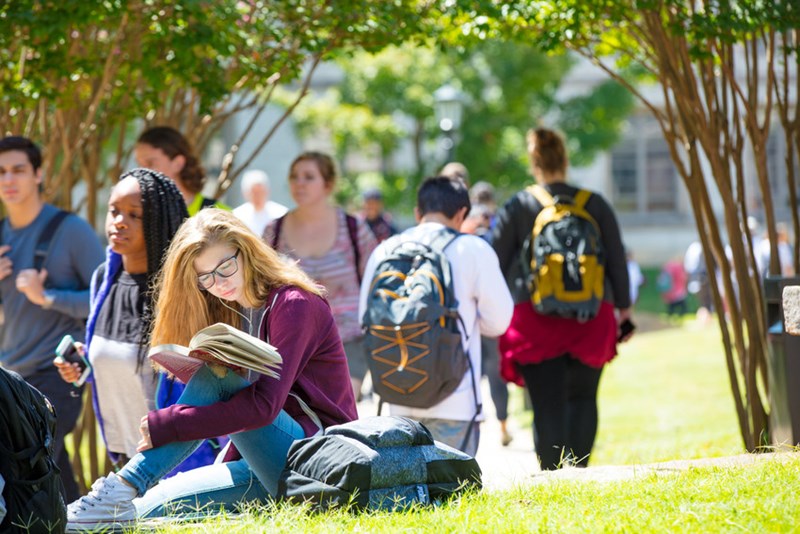 "This is the type of controlled, quality growth that we are striving for here at the University of Arkansas,” said Chancellor Joseph E. Steinmetz. “Suzanne McCray, our vice provost for enrollment, and Kim Needy, graduate school dean, and the entire recruitment staff for both undergraduate and graduate admissions have done an outstanding job of recruiting our largest and best qualified group of Arkansas students to campus, while still attracting exceptional students from across the country and around the world – all at a time when many institutions are seeing their enrollment numbers decline. This enrollment picture is great news for the U of A – and for the state of Arkansas.”

Arkansas residents make up 55.1 percent of the student body, with non-residents accounting for 39.6 percent and international students 5.3 percent.

Women outnumber men in the total enrollment, 52.5 percent to 47.5 percent.

Minority students make up 20 percent of the student body, with the largest groups being:

“We still need to improve our ability to recruit qualified minority students from Arkansas to this campus,” Steinmetz said. “Enriching campus diversity and inclusion is one of our guiding priorities, and we are taking steps to achieve this goal. Providing more Advance Arkansas need-based scholarships is a key part of Campaign Arkansas, and will make a difference for qualified students who want to attend the U of A. We are also increasing recruitment efforts and devoting additional resources to preparing high school students in the eastern part of the state to encourage them to come to the Fayetteville campus.”

The incoming degree-seeking freshman class is the first at the U of A to have more than 5,000 students, with a total of 5,065. A record number of them are Arkansas residents, 2,476 or 48.9 percent of the class. The total class has a record grade point average of 3.69 and a record ACT average of 26.2.

Minority students make up 20 percent of the freshman class, with Hispanic and African American students making up the largest minority groups. There are:

Women make up 54.9 percent of the freshman class, compared to 45.1 percent for men.

Overall, undergraduate enrollment also set a record, 23,044 students, a 2.2 percent increase. There was a 2.7 percent drop in the number of graduate students, to 4,161.

These numbers are based on the 11th day enrollment “snapshot” required by the Department of Higher Education, and taken this year on Sept. 5. The numbers are expected to change slightly as corrections are made and officially reported in October.