U of A Receives $3.2 Million from the Department of Energy 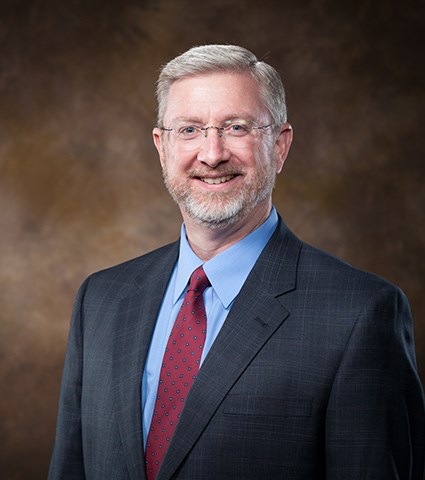 FAYETTEVILLE, Ark. – The U.S. Department of Energy’s Advanced Research Projects Agency-Energy has awarded Distinguished Professor Alan Mantooth a total of $3.2 million for two projects that will accelerate the development and deployment of a new class of efficient, lightweight and reliable power converters.

Power converters and other electronic devices condition, control and convert electrical power to optimize the transmission, distribution and consumption of electricity. The award will fund projects to help reduce the size and complexity of these systems.

Projects supported by the Department of Energy’s Advanced Research Projects Agency-Energy, as a part of the Creating Innovative and Reliable Circuit Using Inventive Topologies and Semiconductors, or CIRCUITS, employ a new class of power converters based on wide-bandgap semiconductor technology. The technology relies on materials like silicon-carbide and gallium-nitride instead of the silicon. The Department of Energy estimates that 80 percent of all U.S. electricity will pass through power electronics by 2030.

The award was based on Mantooth’s extensive and long-term investigation of wide bandgap semiconductors.

“We are very fortunate to have built a very strong program with the support of the U of A administration and state of Arkansas,” said Mantooth. “These awards reflect the competitiveness of our program, the expertise of our faculty, our excellent students, and the great teams we have been able to assemble and collaborate with.”

Mantooth will serve as lead investigator for “Reliable, High Power Density Inverters for Heavy Equipment Applications,” which received $2,163,630 of the total funding. This project focuses on developing a 2-by-250 kilowatt, dual-power inverter system for use in the electrification of heavy equipment and other, higher-volume transportation vehicles, such as trucks and buses.

They will design silicon-carbide-based power-electronics and integrated circuits with advanced thermal management to achieve high levels of efficiency, while increasing the power density. The goal is to make the power density of the inverter four times greater than current technology and to reduce converter cost by 50 percent. Other organizations on this team include Caterpillar, Wolfspeed, and the University of Illinois at Urbana-Champaign.

Robert Pilawa-Podgurski, associate professor at the University of Illinois at Urbana-Champaign, will lead the second project, “Enabling Ultra-compact, Lightweight, Efficient, and Reliable 6.6 kW On-board Bi-directional Electric Vehicle Charging with Advanced Topology and Control,” which received $1,737,545, of which the U of A will receive $461,604.  Mantooth will participate as a member of the research team, focusing on integrated circuit design. Other participants on this team include Oak Ridge National Laboratory and Delphi Automotive.

This project will develop an on-board electric vehicle charger, using a high-density conversion technology known as a flying capacitor multi-level converter. This converter reduces charging time while also servicing the vehicle’s auxiliary loads to maximize overall system utilization. The team will exploit recent advances in gallium-nitride devices and new control techniques to produce the 6.6 kilowatt converter that will have 15-times greater power density than current converters but will also be lighter and more efficient.

Mantooth holds the Twenty-First Century Research Leadership Chair in electrical engineering. He serves as executive director of the Department of Energy-funded Cybersecurity Center for Secure Evolvable Energy Delivery Systems and the National Science Foundation-funded GRid-connected Advanced Power Electronic Systems. He is deputy director of the Center for Power Optimization in Mobile Electronics. Mantooth has served as the executive director of the National Center for Reliable Electric Power Transmission since its inception in 2005 and has overseen its research and building program. He is an IEEE Fellow, has served on the IEEE Power Electronics Society Advisory Committee since 2004 and is currently serving as PELS president until 2019.