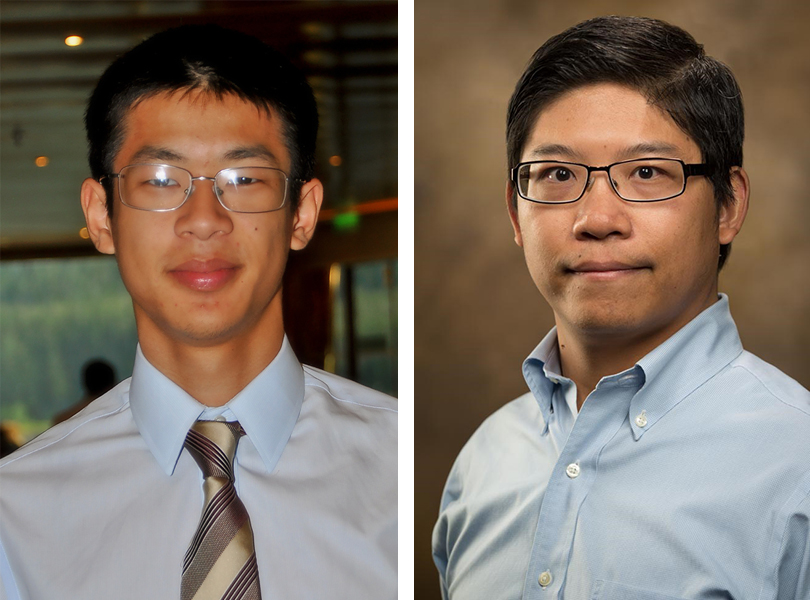 University of Arkansas physicists have developed a new way for quantifying data from microscopic observations that could help scientists better study how cancer cells respond to treatment, among other benefits. The research, recently published in the journal PLOS ONE, was carried out by Shenghang Jiang, at the time a Fayetteville High School student who was working with Department of Physics assistant professor Yong Wang.

The finding is a novel method of analyzing experimental data obtained by a technique called single-molecule localization microscopy, an advance that allows scientists to see things as small as individual molecules in biological systems such as bacteria and animal cells.

The method is robust, said Wang, and does not require any input parameters from the observer, which can introduce inaccuracy or bias. With it, researchers can accurately estimate the clustering density of biological molecules. Clustering of biological molecules is a process that is important for proper synaptic function in the brain, for example. It is also related to gene regulation in cells, and mistakes in gene regulation can lead to cancers.

"With this capability, one can quantitatively study the response of cancer cells to different drugs by examining how the clustering density of certain proteins changes," said Wang. "Previously, there were methods for estimating the clustering densities of molecules. But those methods usually require human inputs, which possibly introduces human bias. In contrast, no human inputs or parameters are needed in our method, and thus biases are minimized."

Jiang, who has since graduated from Fayetteville High School and is now at the University of California at Berkeley, ran about 11,000 numerical simulations for the study, said Wang, producing 135 gigabytes of data, the equivalent of about 25,000 songs or 60 hours of high-definition video. This study was a collaboration with Jingyi Fei's laboratory at the University of Chicago. The research was funded by the Arkansas Biosciences Institute.