'A Life of Quiet Tenacity' 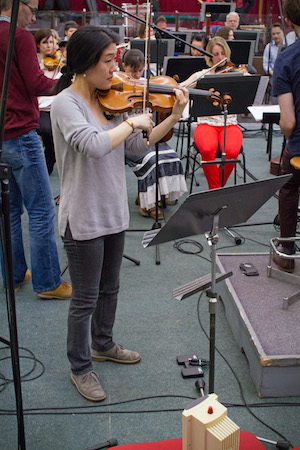 In the early part of the 20th Century, when segregation was the norm and women were still not allowed to vote, Florence Price did the extraordinary.

Her musical compositions would later become world-renowned; Price is regarded as the first black woman composer of major symphonies.

Price was, as violin professor in the Department of Music at the J. William Fulbright College of Arts and Sciences Er-Gene Kahng said, "a remarkable woman who led a life of quiet tenacity and resistance."

That is what brought Kahng to Ostrava, Czech Republic, this spring to record a world-premiere release of Florence Price's violin concertos, which will be released by Albany Records in January 2018.

Florence Price was born in Little Rock in 1887, shortly after the Reconstruction era that followed the Civil War, and was 32 when women gained the right to vote. She died in 1953, one year before the Supreme Court ordered the desegregation of American schools.

Yet, in her 66 years, Price became the first black woman to be recognized as a major symphonic composer. She never attained full recognition during her lifetime and, as Kahng puts it, has been nearly forgotten to history. Yet her enormous compositional output shows that she never stopped writing and producing. Kahng said she hopes that this project will raise awareness about "an inspiring life and incredible musical mind that continued to persevere, hope and achieve in the face of adversity and discouraging setbacks."

With the help of an Arts and Humanities Seed Grant from the Office of the Vice Provost for Research and Economic Development, Kahng was able to work with the Janacek Philharmonic, an internationally recognized orchestra.

"Once it was decided that I would be collaborating with [them], I couldn't have been more happy," Kahng said. "I felt deeply honored to have the chance to make music with an orchestra of their stature, and knew we would be producing a remarkable recording in their hands." 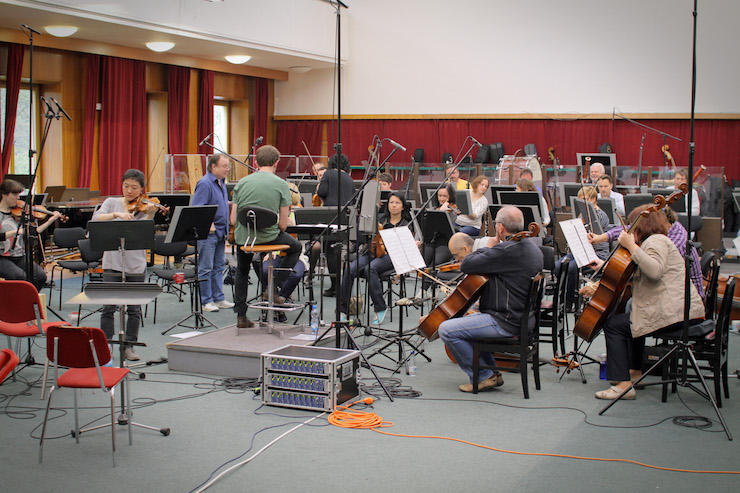 So on May 2, Kahng flew to Ostrava, the third-largest city on the Czech Republic and began work with a 60-piece ensemble with 24 microphones located throughout the studio.

"We had three days to record all the music, so it was initally challenging to know how to make the most efficient use of time while not getting sloppy or panicked," she said. "Recording is usually a highly artificial environment because the music is cut up into various start/stop points, and those sections are often recorded several times."

Kahng said the most difficult part of the recording process was trying to navigate the discontinuity of stops and starts of the music with a group of musicians she'd never worked with before. Kahng described the first day as "a particular challenge, as everyone was getting to know each other musically, and of course reading and assembling a piece no one had previously heard."

Because Kahng doesn't speak Czech, and many of the musicians didn't speak English fluently, they had to rely on a translator. However, they all spoke the language of music.

"Most of Price's musical terms are were written in Italian, so we communicated key phrases when needed. Instead of someone asking, 'are we going faster in this section?' they would just ask me directly, 'Piu mosso?' and I could respond, 'Poco' or 'Qui, legato e piano,' and so on."

The best part for Kahng? "The solidification process: The feeling that we were slowly becoming more and more familiar with one another, and realizing that things were coming together."

She said when they finished recording the last excerpt, the orchestra applauded and cheered. "Their support was wonderful," Kahng said. "This recording would not have been possible without their generous flexibility and laser-focus during the sessions."

Once the recordings are released in January 2018 Kahng plans to promote and highlight the significance of Price's music by presenting community outreach concerts and distributing free copies of the CD to art institutions, schools and libraries across Arkansas as part of "Music 75," the Music Department's initiative to share and make music in all 75 counties in the state. "In addition to presenting and preserving her music and raising awareness of her musical existence in history, I also hope that this project will invite many to learn more about the incredible and inspiring life of Florence Price, the courageous and strong woman who also was a brilliant composer."

For more on this story, go to Research Frontiers.