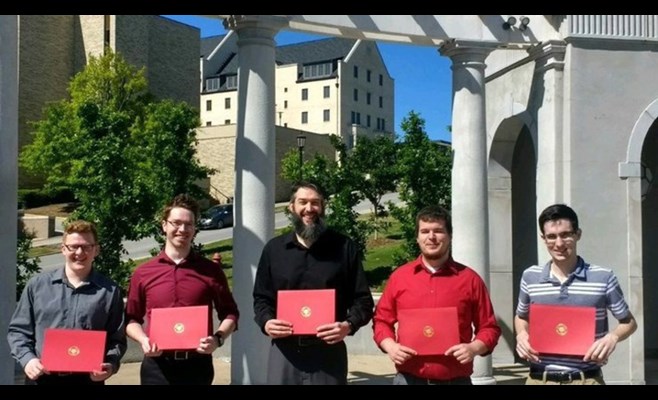 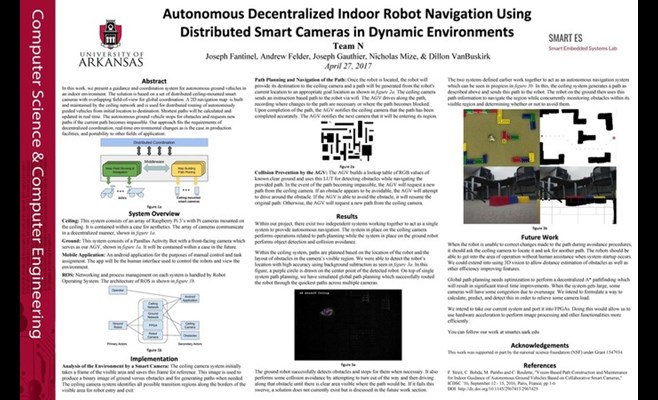 The poster of the first-place team. 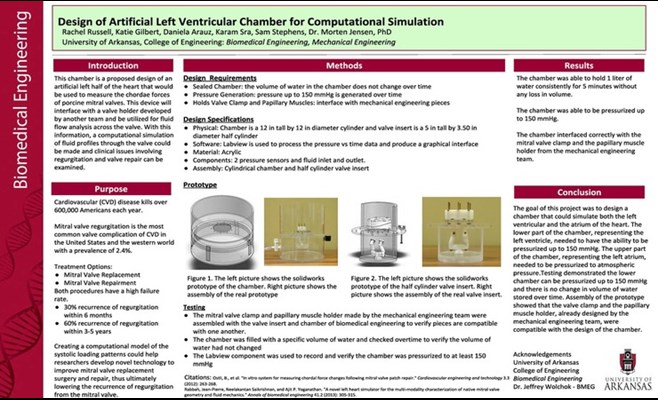 The poster of the second-place team. 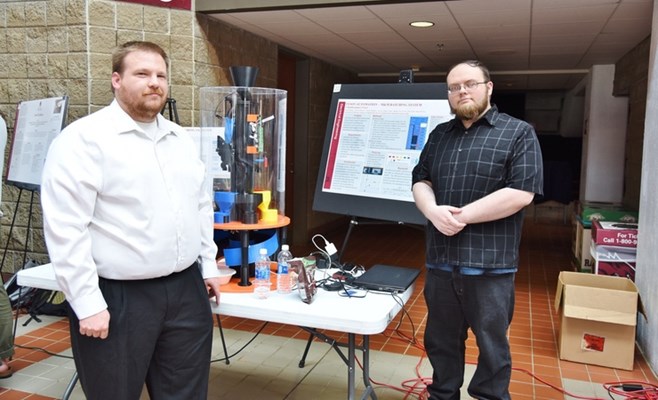 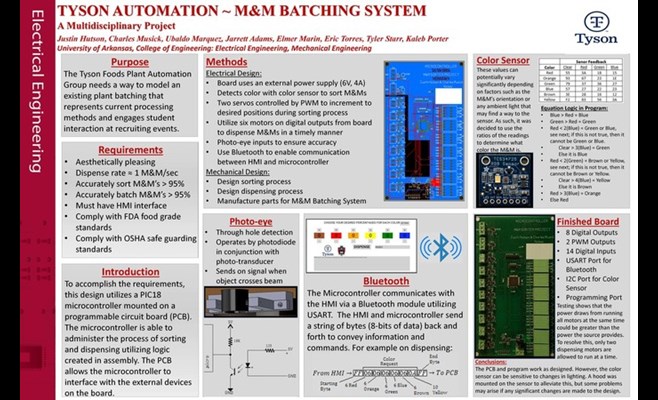 The poster of the third-place team. 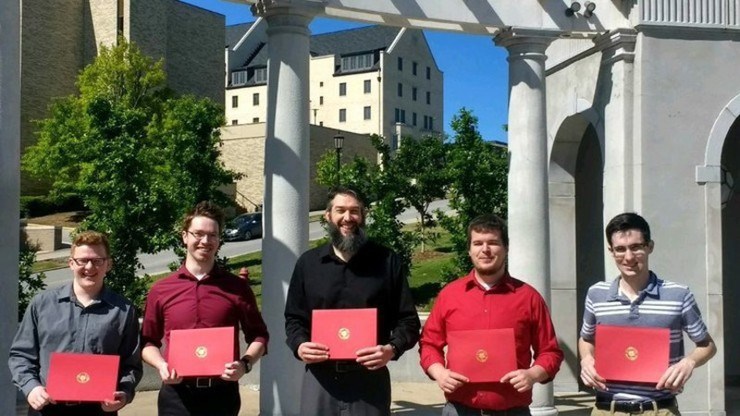 The first-place team in the Senior Capstone Design competition.

Posters presented are the result of a year-long project undertaken by students in their senior year and represent the practical and applicable engineering skills developed by students throughout their undergraduate career.

Many posters were an interdepartmental effort while others cooperated with the Fort Smith campus. The total number of posters presented this year were 76, with 11 being industry sponsored by the likes of Black & Veatch, NASA, Tyson, No Magic, HFA, Challenge Technology, and AECC. Other posters were sponsored by engineering faculty or departments.

An interdepartmental effort between biomedical and mechanical engineering took the second-place title with their design of an artificial mitral valve chamber. Students Rachel Russell, Katherine Gilbert, Daniela Arauz, Karam Sra, and Sam Stephens worked with Morten Jensen, associate professor of biomedical engineering, to create a biomechanically correct model of the mitral valve chamber, complete with the ability to withstand the force of two regular water bottles' worth of pressure every time the heart beats, or 100,000 times per day! The second-place team won $750 to be split among group members.

The third-place award went to the Tyson Automation M&M Batching System team, an interdepartmental effort between electrical engineering students at U of A Fort Smith and mechanical engineering students at U of A Fayetteville. Students Juston Hutson, Charles Musick, Ubaldo Marquez, Jarret Adams, Elmer Marin, Eric Torres, Tyler Starr, and Kaleb Porter worked with clinical assistant professor of electrical engineering, Dr. Silke Spiesshoefer and David Albers, mechanical engineering instructor and program coordinator at UAFS, to design and build an M&M batching system that mimics Tyson's process of sorting specific ingredient batches at their feed mills. The project was sponsored by Tyson Foods, Inc. and the resulting M&M batching system will now be used as a recruiting/demonstration tool at STEM and job fairs. The third-place team won $250 to be split among group members.