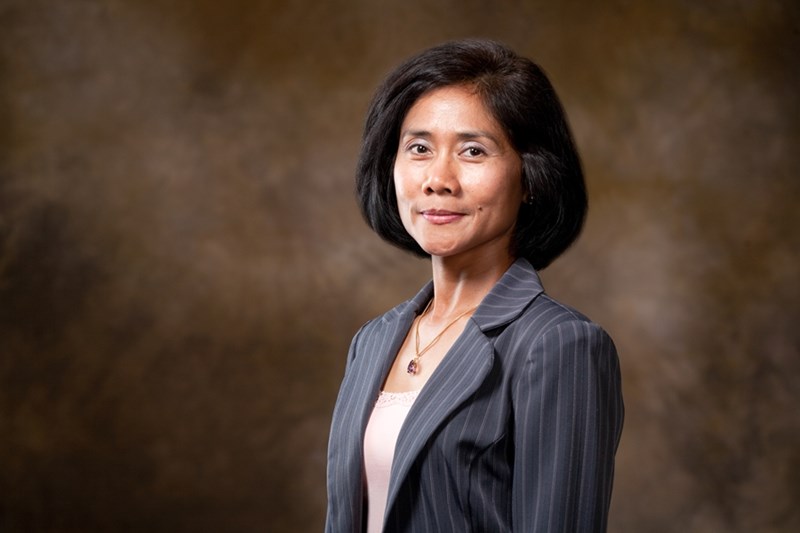 Bumpers College weed physiology professor Nilda Burgos has been named a Fellow of the Weed Science Society of America.

FAYETTEVILLE, Ark. – University of Arkansas professor Nilda Burgos is now a Fellow of the Weed Science Society of America.

Burgos, who teaches in the Dale Bumpers College of Agricultural, Food and Life Sciences' Department of Crop, Soil and Environmental Sciences, is one of two members to receive the organization's highest honor this year, joining Richard Zollinger of North Dakota State University.

"We're proud to honor true innovators who are making a significant mark on weed science through their commitment to research, education and teaching," said Janis McFarland, 2017 annual meeting program chair and incoming president of Weed Science Society of America.

"This recognition is one of those life events I never imagined," said Burgos. "All I wished for was to relieve my parents of the back-breaking toil of hand-weeding. It is infinitely humbling as I am but a tiny speck in an immense canvass. Whatever I've done is due to the incredible support and encouragement from former and current department heads Dr. Jim Barrentine and Dr. Bob Bacon, and mentors, colleagues, friends, and family; and the hard work of student advisees, postdoctoral associates and visiting scientists with whom I have had the privilege of working."

Burgos has been a member of the CSES faculty since 1998, serving as assistant professor until 2003, associate professor from 2003 to 2010 and as professor since 2010, all in weed physiology. She coaches U of A's weed science team with professor Jason Norsworthy and retired former professor Dick Oliver.

"Being named a Fellow in your scientific society is one of the highest honors a scientist can achieve," said Bacon, CSES department head. "We are proud of Dr. Burgos and her many contributions. She is an excellent researcher and teacher, as well as a great colleague."

"Being adopted into the CSES family and the University of Arkansas is a great blessing," said Burgos. "I have had the opportunity to collaborate not only with our faculty, but also with amazing faculty from other departments and colleges, extension agents and farmers. The most rewarding part of this job is the opportunity to help students. Receiving affirmation for the work that we do is indescribable. I also thank Dr. Ron Talbert for leading me into the world of weed science, where I've had opportunities to serve with regional, national and international colleagues."

The Weed Science Society of America encourages and promotes the development of knowledge of weeds and their impact on the environment through research, education and extension outreach activities.