Venkatesh Honored as Fellow by Association of Information Systems 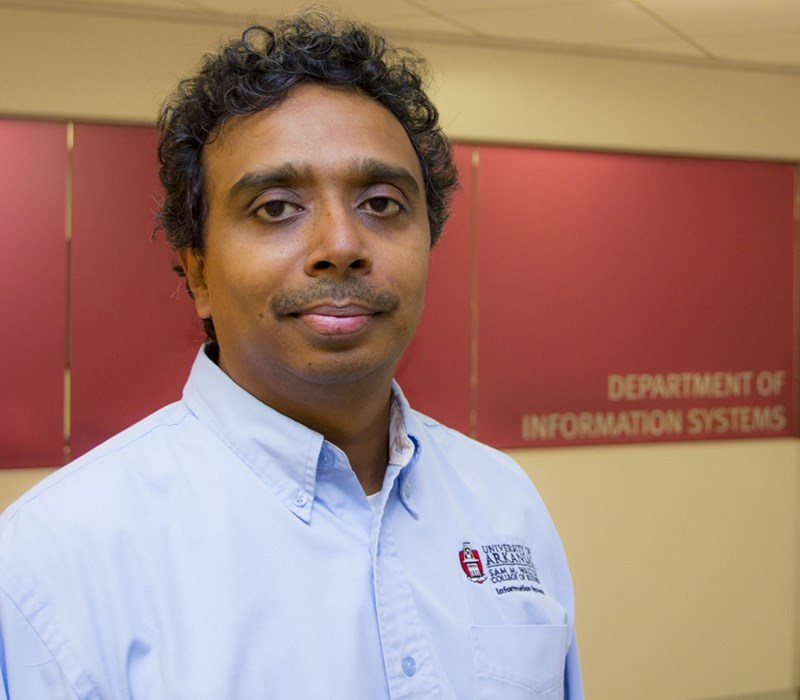 The group, the largest and most important academic association in the field of information systems, named him an association Fellow for his contributions to the field. Venkatesh was one of only eight scholars globally to be named as a Fellow in 2016.

At its annual International Conference on Information Systems in December 2016, the association also recognized Venkatesh with the AIS Technology Legacy Award for creating and leading the AIS journal rankings website. See more information on that award at the AIS Awards web page.

“We are extremely pleased and honored that the association has recognized the work of Dr. Venkatesh with these awards,” said Rajiv Sabherwal, department chair and the Edwin and Karlee Bradberry Chair in Information Systems. “These prestigious awards are well deserved for his wide-ranging work and research to advance information systems work around the world.”

Sabherwal called Venkatesh “a rare researcher who effectively combines being highly productive in terms of the rate of publication as well as the tremendous impact those publications have on the field of business in general, and information systems in particular.”

Venkatesh has been repeatedly recognized as one of the most influential scholars in business and economics. In 2014, Thomson Reuters identified him as among the top 1 percent of most-cited scholars in business and economics. His work also serves the academic community, including developing and maintaining the information systems research rankings website.

Venkatesh has studied the diffusion of technologies in organizations and society for more than two decades. One notable project has focused on using technology to help the poorest of the poor people living in remote villages in India, a project whose findings he presented at the United Nations in 2010. His work continues to appear in leading journals in various fields including information systems, management, marketing, operations management, psychology, medical informatics and human-computer interaction.

More information on the Association for Information System's Fellow award and the other recipients can be found at the AIS Fellow Awards page.