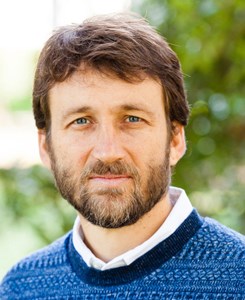 Presented by the Department of Anthropology at the J. William Fulbright College of Arts and Sciences, the lecture will take place in the Giffels Auditorium on the second floor of Old Main. The lecture is free and open to the public, and a reception will follow.

From the 1970s through 1990s, archaeologists and historians traced the routes of several sixteenth-century Spanish colonial expeditions across the colonial province known as La Florida. These finds set the stage for later investigations into the nature of interactions between Native Americans and sixteenth-century Spanish conquistadors and colonists in the American South.

"This talk summarizes what we have learned from archaeology about sixteenth-century Spanish colonialism in the American South and Native American responses to it, with emphasis on archaeological finds from the past decade, and particular emphasis on an archaeological site in western North Carolina that is the location of the principal Native American town in the province of Joara and the mid-sixteenth-century Spanish outpost of Fort San Juan and the colonial town of Cuenca," Rodning said.

Rodning said excavations at this site are shedding light on the Spanish colonization of northern La Florida between 1566 and 1568, and the shift in Spanish colonial strategy in the Southeast from exploration and military installation to missionization and trade.

Rodning was a visiting assistant professor at the University of Oklahoma before starting his current job in the Department of Anthropology at Tulane University, where he is an associate professor, and the Paul and Debra Gibbons Professor in the School of Liberal Arts.

With David Moore and Rob Beck, Rodning is co-director of ongoing archaeological investigations of Native American chiefdoms and mid-sixteenth-century Spanish conquistadors and colonists in the upper Catawba Valley of western North Carolina. Rodning, Beck and Moore have published papers about these investigations in journals such as Southeastern Archaeology, American Antiquity and Historical Archaeology, and in a recent book from the University Press of Florida, Fort San Juan and the Limits of Empire: Colonialism and Household Practice at the Berry Site (2016).

Rodning has also written about the archaeology of Cherokee town sites in the above journals, and in a recent book from the University of Alabama Press, Center Places and Cherokee Towns: Archaeological Perspectives on Native American Architecture and Landscape in the Southern Appalachians (2015).

The Robert L. Stigler Lecture in Anthropology and Archeology is supported through a trust established by Mr. and Mrs. Robert L. Stigler of Pine Bluff, Arkansas, in their son's memory. Its purpose is to bring distinguished scholars to address the university community and the public on diverse archeological topics. The Stiglers' generous endowment of this lecture series is an especially fitting memorial to their son, who enjoyed a wide-ranging professional career in archeology, and provides opportunities for all to share in the knowledge of past peoples and cultures.