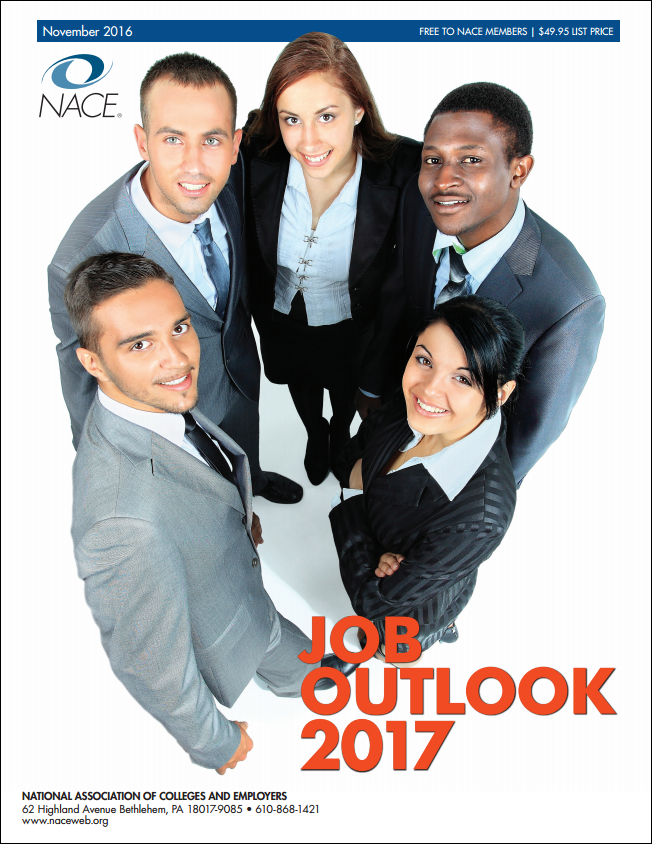 The Class of 2017 can expect to see employers hiring 5.8 percent more new graduates during the 2016-17 year than last year for U.S. operations. For positions outside the U.S, the projection is just slightly higher at 7.2 percent for 2017 graduates. This information comes from the National Association of Colleges and Employers Job Outlook 2017 survey.

"Each year, the National Association of Colleges and Employers surveys its employer members about their hiring plans and other employment-related issues in order to project the market for new college graduates for the current class and to assess a variety of conditions that may influence that market," according to the association's website.

The slight increase in hiring is due to many respondents reporting company growth and an increased demand for services and products. For a small number of companies, budget constraints are to blame for not increasing their openings, but they still expect to hire the same number of new graduates as they did last year.

What are employers looking for when hiring Class of 2017 graduates?

Over 70 percent of respondents plan to screen students by GPA, with 3.0 being the popular cut-off. Other attributes employers look for are "ability to work as part of a team" (78%), "problem-solving skills" (77.3%) and "written communication skills" (75%). Last year's top attribute was leadership skills. While it still remains an important skill, it has fallen from the top attribute to the sixth position on the list with 68.9 percent of employers seeking it among college graduates.

Ready to stand out to employers? Visit any of the three Career Development Centers to assist you in your career and job-searching needs! Stop by one of the following locations: