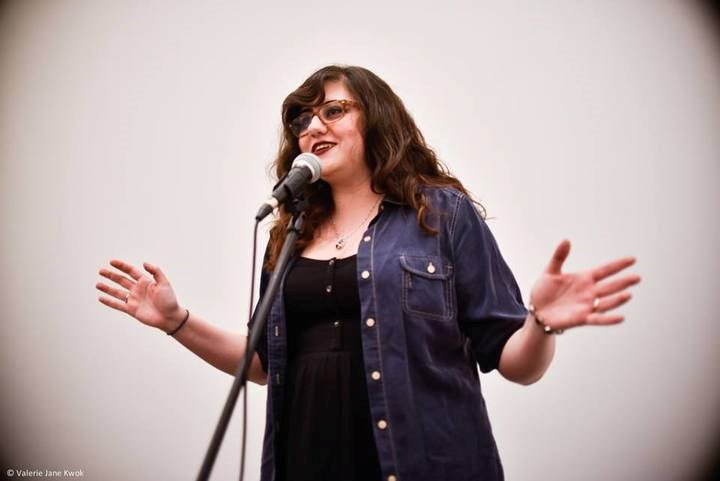 FAYETTEVILLE, Ark. – Jess Rizkallah has been named the winner of the inaugural Etel Adnan Poetry Prize for her collection, the magic my body becomes. Rizkallah is a Lebanese-American writer and illustrator.

This collection explores family history, love, religion, language, and gender expectations within the Arab American experience. Rizkallah addresses the middle ground of being an Arab American, of being too Arab for America and too American for an ancestral country. The poems illustrate the difficulty in separating those aspects of identity that are come by organically from those which are acquired second-hand.

“As I go through Jessica Rizkallah’s poems, I keep saying to myself, ‘No poet this young should be this good’,” said series editor Hayan Charara. “Of course, we’re lucky that she is. Her inventive language, her humor, her tenderness, her insights will astonish us.”

“Something about her poetry is already ahead of us,” Charara said. “Her voice is that of the next generation.”

The series editors are Hayan Charara and Fady Joudah, and the prize is named in honor of the world-renowned poet, novelist, essayist, and artist Etel Adnan. The Etel Adnan Poetry Prize is supported by the King Fahd Center for Middle East Studies at the University of Arkansas.

Rizkallah’s collection, the magic my body becomes, will be published in Fall 2017.

About the King Fahd Center: The King Fahd Center for Middle East Studies is an academic and research unit in the J. William Fulbright College of Arts and Sciences at the University of Arkansas, dedicated to the study of the modern Middle East and the geo-cultural area in which Islamic civilization prospered and continues to shape world history.