Religious Historian to Examine Development of Islam in Asia Through the Han Kitab, Oct. 6 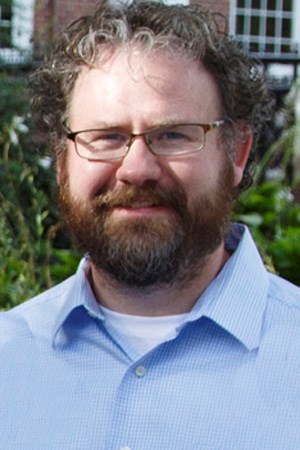 Kristian Petersen of the University of Nebraska

Kristian Petersen, assistant professor of religious studies at the University of Nebraska, will present "Interpreting Islam in China:  Pilgrimage, Scripture, and Language in the Han Kitab," a special guest lecture co-sponsored by the King Fahd Center for Middle East Studies and the Asian Studies Program at the University of Arkansas. The lecture will take place at 3:30 p.m. Thursday, Oct. 6, in room 101 of the Science and Engineering building (SCEN), and is free and open to the public.

A distinctive Chinese-Islamic intellectual tradition emerged during the Ming Dynasty (1368-1644) and Qing Dynasty (1644-1911). Chinese Muslims established the scripture hall education system, utilizing an Islamic curriculum made up of Arabic, Persian, and Chinese works. The Han Kitab, a corpus of Chinese-language Islamic texts developed within this system, reinterpreted Islam through the religio-philosophical lens of Buddhist, Daoist, and Confucian terminology.

"This collaboration between the Middle East Studies and Asian Studies Programs is an excellent example of social, cultural and religious interconnectedness that surpasses borders," said Tom Paradise, director of the King Fahd Center for Middle East Studies.  "Professor Petersen's lecture will provide a key look into the past, examining the roots of Islam in China today."

A religious historian, Petersen's research and teaching interests include theory and methodology in the academic study of religion, critical Islamic thought, Muslims in the west, literary and institutional Sufism, Chinese religions, human rights, media studies, and comparative religions. His publications can be found in Modern Asian Studies, Journal of Sufi Studies, Philosophy East and West, Journal of Muslim Minority Affairs, and Oxford Islamic Studies Online. His first book, Interpreting Islam in China: Pilgrimage, Scripture, and Language in the Han Kitab, is forthcoming with Oxford University Press in 2017.

About the Asian Studies Program: The Asian Studies Program is an interdisciplinary area studies program in the Fulbright College of Arts and Sciences at the University of Arkansas. The program draws on the strength of our faculty both in Fulbright College and in other colleges on campus to provide resources and training in Asian languages, cultures, history, politics and economics. In addition to offering a major and a minor in Asian Studies, the program supports research initiatives, study abroad, and extra-curricular activities of faculty, students, and the local community. The program strives to provide students with a well-rounded education essential for careers in which knowledge of Asia is vital, promote interdisciplinary research on the Pacific region, and serve as a source of knowledge and expertise for the community. More information about the program and its ongoing activities can be found at http://aist.uark.edu and on Facebook.