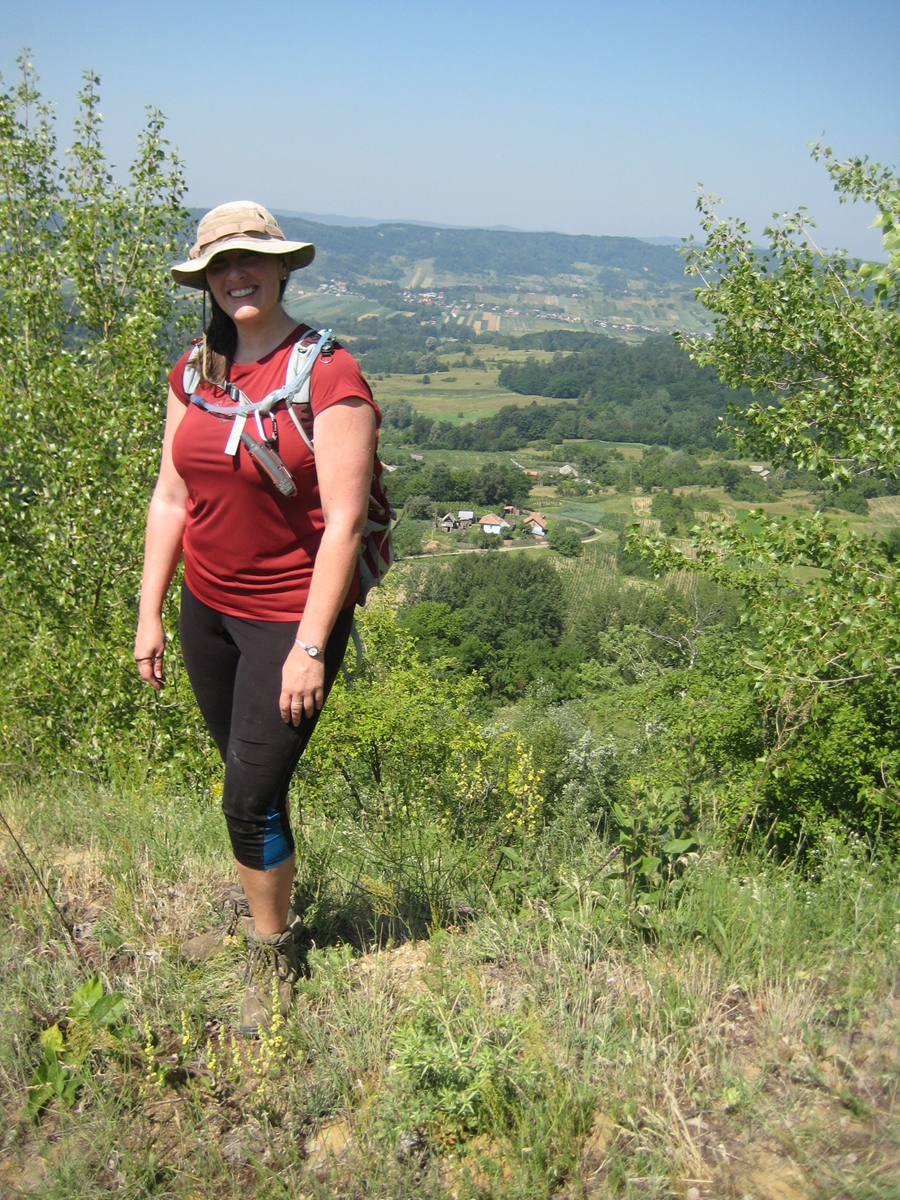 Claire Terhune during fossil survey in Romania in 2013.

A biological anthropologist at the University of Arkansas and her colleagues have been awarded a $30,000 grant from the National Science Foundation to conduct fossil surveys in the Oltet River Valley of Romania.

The award, a High-Risk Research in Biological Anthropology and Archaeology (HRRBAA) grant, is designed to provide investigators with seed money to assess the feasibility of anthropological research that may rely on factors that are difficult to assess but which may have great payoffs, and if successful can lead to more extensive funding submissions.

Claire Terhune, assistant professor of anthropology in the J. William Fulbright College of Arts and Sciences, and her colleagues will be searching for fossil mammals and other vertebrates that can shed light on the initial migration of ancient humans into Europe between 1.5 and 2 million years ago, not long after our human ancestors first left Africa. Although fossil humans were present in Spain by 1.4 million years ago, there is no evidence of how these early humans reached Spain, or where in Central or Eastern Europe they may have been present. Fossils recovered from the Oltet River Valley in the 1960s include extinct species such as mammoths and saber-toothed cats and the prehistoric ancestors of giraffes, giant deer, horses, rhinos, wolves, bears, hyenas and primates similar to today's baboons.

By examining the animals present at this time the researchers can reconstruct fossil environments and understand the challenges early humans might have faced when moving through these areas, which can shed light on the ability of these early humans to adapt to their surroundings in the face of new and unfamiliar environments and terrains.

In addition to understanding what animals were present, the researchers will especially be searching for evidence that human ancestors themselves were also present in Eastern Europe at this time. They will conduct this research by undertaking intensive ground surveys, test excavations, examining aerial and satellite imagery, and by talking with locals about their understanding of the geology of the area and where they have seen fossils.

Terhune and her colleagues have been working in Romania since 2012 and this past May spent 2½ weeks researching existing fossil collections in Bucharest. You can read more about their work and how they analyze these fossils on the Research Frontiers Field Notes Blog or at terhunelab.uark.edu.

Other researchers involved in this project include: