Researchers Bring Davidsonville Back to Life 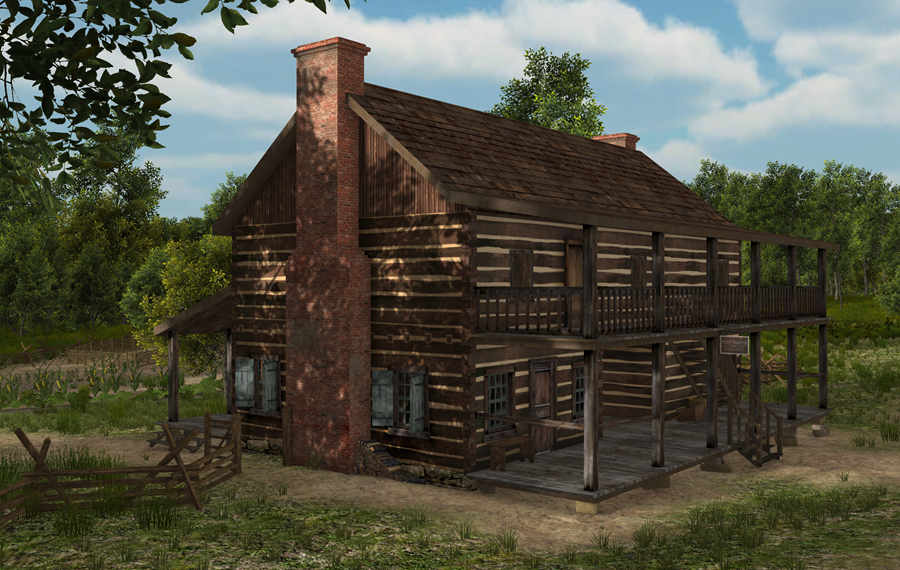 A 3-D rendering of the post office at Davidsonville.

FAYETTEVILLE, Ark. – Davidsonville was little more than dirt and folklore for generations.

That changed when the Arkansas Archeological Survey began excavations at the state park in northeast Arkansas that bears the town’s name. Davidsonville was founded in 1816 but abandoned in 1829.

Davidsonville came back to life in recent years when the Center for Advanced Spatial Technologies at the University of Arkansas used historical documentation, found artifacts and foundation remains to digitally re-create some of the town’s significant structures to scale.

The CAST project, known as Davidsonville Interactive, features seven core structures: a post office – the first in what became the state of Arkansas – a courthouse, a jail, a tavern (shown in the featured image above), a blacksmith shop, a cotton gin and a wooden ferry landing/dock on the Black River. The visualization allows the viewer to see how Davidsonville likely looked in the 1820s.

“This is a wonderful way to present types of information gathered by archeological excavations for the public,” said Kathy Cande of the Arkansas Archeological Survey. “It helped my own thinking about what the town might have looked like when occupied.”

Now CAST is digitally rebuilding the town for visitors to Davidsonville State Park in Pocahontas. The center is putting the finishing touches on an interactive digital kiosk that will be featured in the park’s new visitor center.

Go to Research Frontiers to learn more about the project.