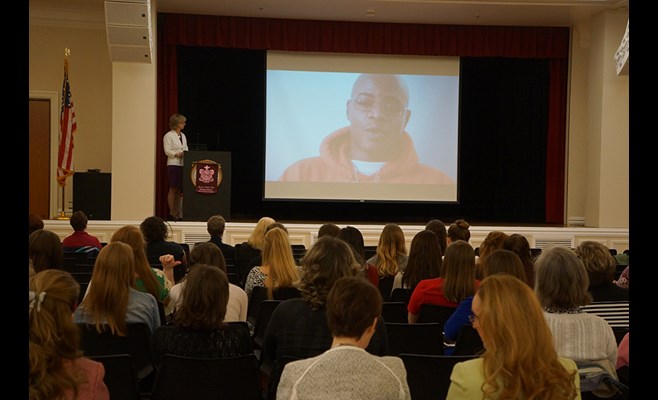 Patton shows a video from the Innocence Project. 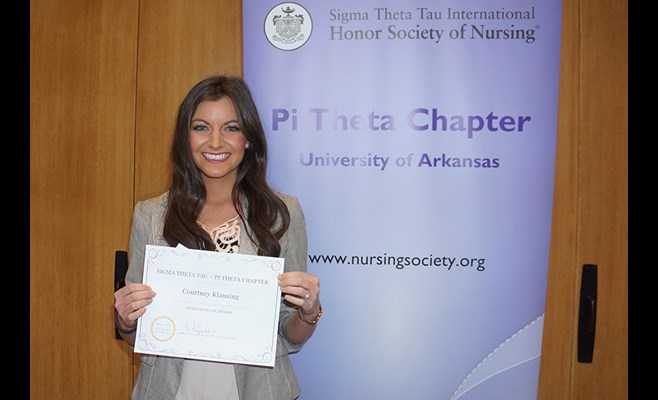 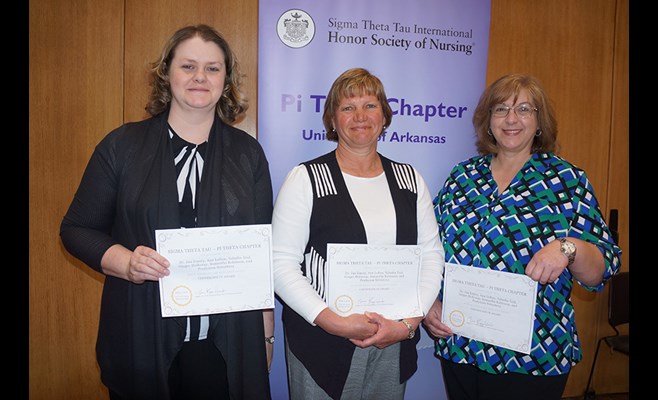 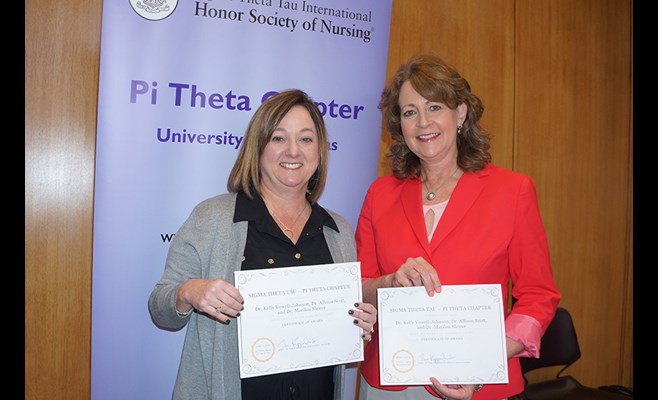 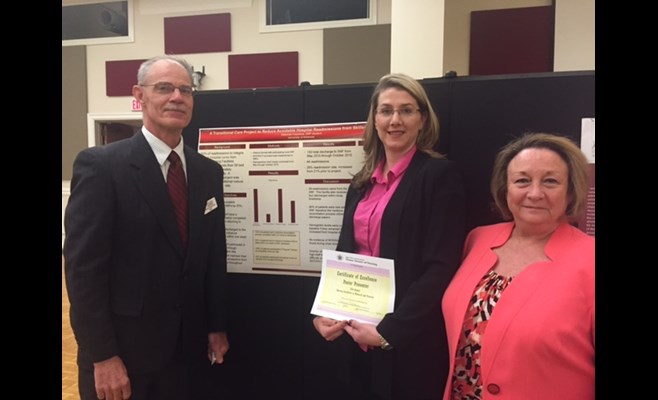 Deborah Capshaw, who is enrolled in the Doctor of Nursing Practice program, won the award for best research poster. She is pictured with Tom Kippenbrock, president of Pi Theta, and Peggy Lee, the award committee chair. 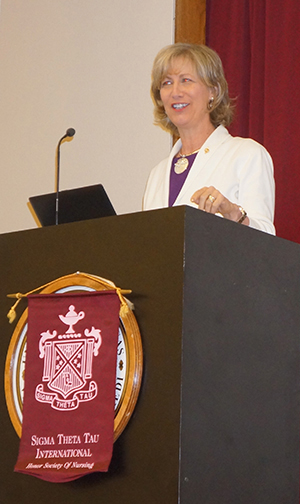 Susan Patton of the University of Alabama at Birmingham gives the keynote address.

FAYETTEVILLE, Ark. – A leader in the field of forensic nursing kicked off a daylong conference on evidence-based practice in nursing April 4, telling more than 100 nursing students and practicing nurses about the importance of evidence in forensic nursing.

Susan Patton, professor of nursing at the University of Alabama at Birmingham, gave the keynote address at the 25th Annual Nursing Excellence in Research and Practice conference held in the Arkansas Union at the University of Arkansas. The conference is co-sponsored by the Pi Theta chapter of Sigma Theta Tau International Honor Society of Nursing, the Eleanor Mann School of Nursing at the U of A and Washington Regional Medical Center.

Patton, not to be confused with the Susan Patton who teaches at the Eleanor Mann School of Nursing, described the importance of evidence in forensic nursing. She has taken leadership roles in professional nursing organizations to align practice, education, credentialing and regulation of forensic nursing. Patton described the importance of DNA evidence, using the example of the work by the Innocence Project to overturn the convictions of more than 300 people wrongly imprisoned for crimes such as rape and murder.

A pediatric nurse, Patton said it didn’t take long before she encountered child abuse in her practice, a crime that requires documentation. She also reminded the audience that violence and crime take not only a physical toll on victims but also an emotional and mental toll.

Other speakers – including several U of A nursing students and faculty members – followed Patton, presenting sessions on such topics as the effects of music therapy on elderly patients with dementia, educating Marshallese mothers about breastfeeding, talking to patients to see what matters to them, strengthening nursing curricula and career planning for nurses.

Also, during the conference, nursing students, faculty members and practicing nurses in the area displayed posters about their research. Deborah Capshaw, a student in the Doctor of Nursing Practice program, was recognized for having the best research poster. The title of her presentation was “A Transitional Care Project to Reduce Avoidable Hospital Readmission in Skilling Nursing Facilities.”

Courtney Klausing, a student in the Bachelor of Science in Nursing program, won the annual scholarship awarded by the Pi Theta chapter.

Continuing nursing education credit was available to participants of the conference.