U of A Researcher Links Mass Extinctions to 'Planet X' 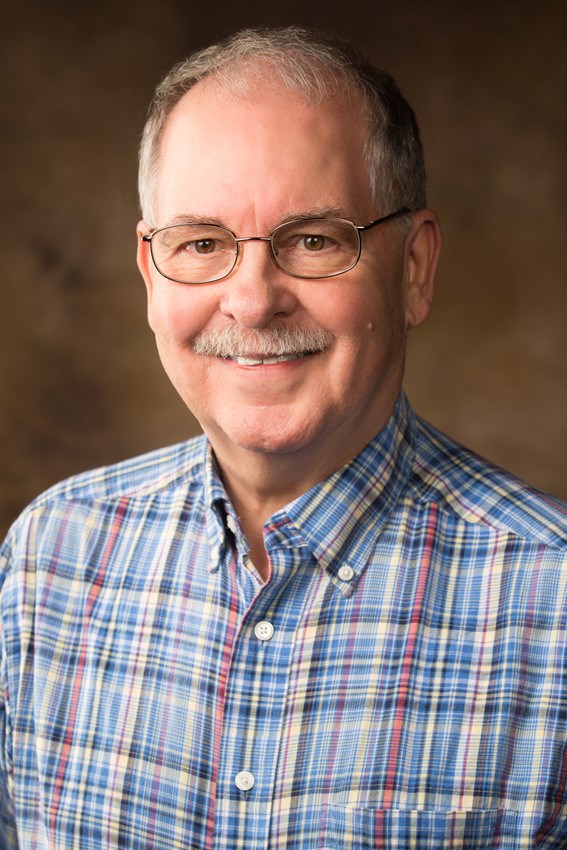 FAYETTEVILLE, Ark. – Periodic mass extinctions on Earth, as indicated in the global fossil record, could be linked to a suspected ninth planet, according to research published by a faculty member of the University of Arkansas Department of Mathematical Sciences.

Daniel Whitmire, a retired professor of astrophysics now working as a math instructor, published findings in the January issue of Monthly Notices of the Royal Astronomical Society that the as yet undiscovered “Planet X” triggers comet showers linked to mass extinctions on Earth at intervals of approximately 27 million years.

Though scientists have been looking for Planet X for 100 years, the possibility that it’s real got a big boost recently when researchers from Caltech inferred its existence based on orbital anomalies seen in objects in the Kuiper Belt, a disc-shaped region of comets and other larger bodies beyond Neptune. If the Caltech researchers are correct, Planet X is about 10 times the mass of Earth and could currently be up to 1,000 times more distant from the sun

Whitmire and his colleague, John Matese, first published research on the connection between Planet X and mass extinctions in the journal Nature in 1985 while working as astrophysicists at the University of Louisiana at Lafayette. Their work was featured in a 1985 Time magazine cover story titled, “Did Comets Kill the Dinosaurs? A Bold New Theory About Mass Extinctions.”

At the time there were three explanations proposed to explain the regular comet showers: Planet X, the existence of a sister star to the sun, and vertical oscillations of the sun as it orbits the galaxy. The last two ideas have subsequently been ruled out as inconsistent with the paleontological record. Only Planet X remained as a viable theory, and it is now gaining renewed attention.

Whitemire and Matese’s theory is that as Planet X orbits the sun, its tilted orbit slowly rotates and Planet X passes through the Kuiper belt of comets every 27 million years, knocking comets into the inner solar system. The dislodged comets not only smash into the Earth, they also disintegrate in the inner solar system as they get nearer to the sun, reducing the amount of sunlight that reaches the Earth.

In 1985, a look at the paleontological record supported the idea of regular comet showers dating back 250 million years. Newer research shows evidence of such events dating as far back as 500 million years.

Whitmire and Matese published their own estimate on the size and orbit of Planet X in their original study. They believed it would be between one and five times the mass of Earth, and about 100 times more distant from the sun, much smaller numbers than Caltech’s estimates.

Whitmire says what’s really exciting is the possibility that a distant planet may have had a significant influence on the evolution of life on Earth.

“I’ve been part of this story for 30 years,” he said. “If there is ever a final answer I’d love to write a book about it.”