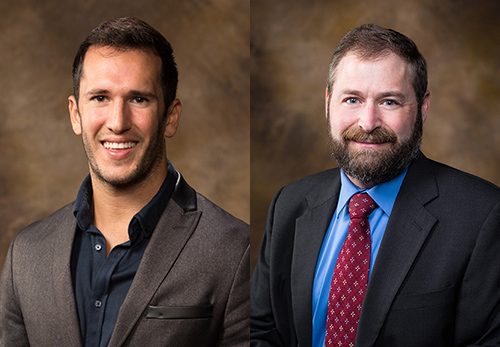 An evaluation by University of Arkansas researchers of a Milwaukee school voucher program found that students who used the vouchers to attend a private high school were less likely to commit crimes than comparable students who attended Milwaukee public schools.

Corey DeAngelis, a doctoral student in education policy, and Patrick J. Wolf, who holds the Twenty-First Century Chair in School Choice, describe the results of the analysis in their paper titled "The School Choice Voucher: A 'Get Out of Jail' Card?" They presented the paper in January at the annual meeting of the Southern Political Science Association in San Juan, Puerto Rico.

The School Choice Demonstration Project based at the U of A and directed by Wolf has conducted several previous studies of the Milwaukee program, looking at student achievement, high school graduation rates, college enrollment rates, promotion of civic values and parental satisfaction and views of safety.

Schools also can be thought of as social institutions that aim to improve the non-cognitive skills of students, according to the paper, and the combination of academic achievement and non-cognitive advancement of students can lead to better life outcomes as measured by lifetime earnings, employment and citizenship. In the current study, citizenship of a given student was evaluated by looking at criminal activity as adults.

DeAngelis and Wolf used data from the Milwaukee Parental Choice Program to conduct the first analysis of the effect of a private school choice program on the criminal behavior of young adults. Milwaukee's is the first urban publicly funded tuition voucher system, launched in 1990, and currently enrolls more than 27,000 students in more than 110 private schools.

The researchers matched students using the voucher with students in public schools using data on grade, neighborhood, race, gender, English language learner status, and math and reading tests. They also controlled for family characteristics such as income, family composition and parental education. They used the Wisconsin Court System Circuit Court Access system to search for cases involving former students who had been in the program during a longitudinal study from 2006 to 2011 and were 22 to 25 years old during the criminal database search.

The results indicated that using a voucher to attend private school reduces the likelihood of a student committing a misdemeanor as a young adult by 5 to 7 percentage points, or committing a felony by 3 percentage points, and of being accused of any crime by 5 to 12 percentage points. The effects of the voucher program on reducing crime rates are especially clear and large for men, who commit more crimes than do women.

The complete study can be found on the School Choice Demonstration Project website.