U of A Alumni, Diversity Champions to Receive Silas Hunt Legacy Awards 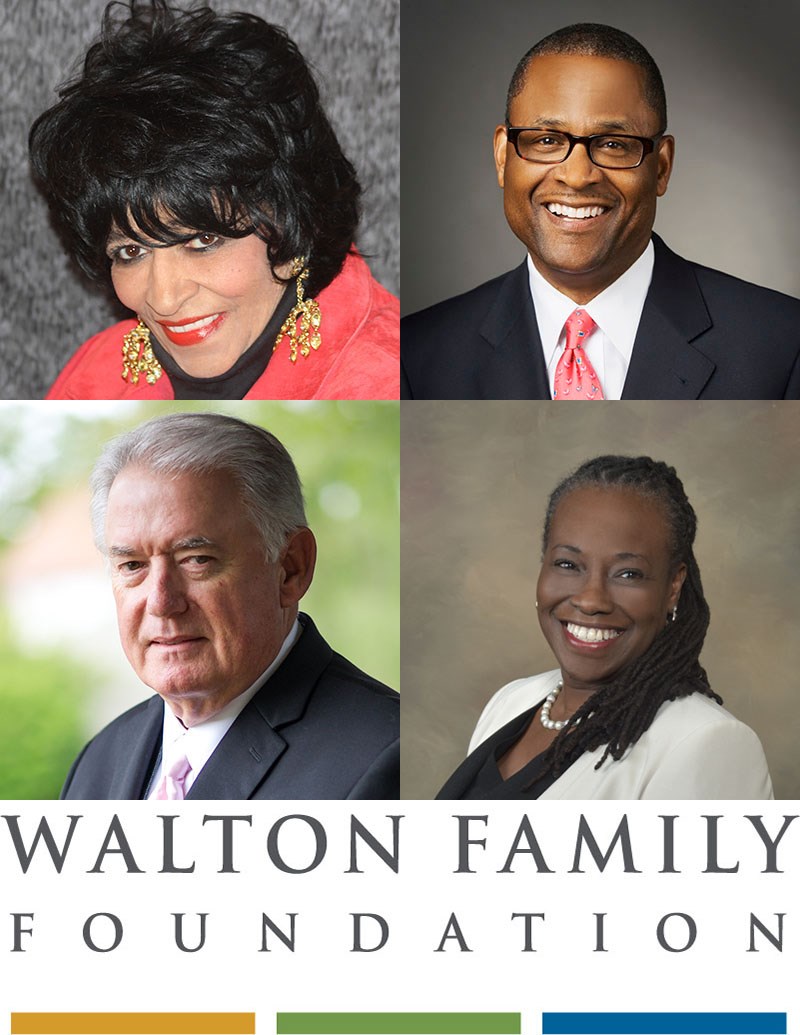 FAYETTEVILLE, Ark. – The 2016 Silas Hunt Legacy Awards are being presented to three pioneering African American University of Arkansas alumni and two outstanding supporters who have helped the university advance diversity programs at the U of A.

The awards will be presented during a black tie event in Little Rock later this spring. The honorees being recognized for their impact on the university and the state will be:

Silas Hunt was the first African American student since Reconstruction to attend a major Southern public institution of higher education. He enrolled, without litigation, in the University of Arkansas School of Law on Feb. 2, 1948. Hunt, who grew up in Texarkana, was a World War II veteran and earned his undergraduate degree at Arkansas Agricultural, Mechanical and Normal College, now the University of Arkansas at Pine Bluff. He died of tuberculosis in the spring of 1949 before finishing his law degree.

“The University of Arkansas remains committed to honoring Silas Hunt for his strength and conviction and for his legacy in the struggle for equal rights,” said Chancellor Joe Steinmetz. “We are proud to recognize that legacy by recognizing our trailblazing alumni and friends who understand and support the importance of diversity on our campus.”

The Silas Hunt Legacy Award was created by the U of A in 2005 and first awarded in 2006. This year’s recipients were nominated and selected by a volunteer selection committee of University of Arkansas faculty, students, professional staff and former recipients.

“The three alumni being recognized this year can truly be called trailblazers,” said Charles Robinson, vice chancellor for diversity and interim vice provost for student affairs. “They each endured and persevered through isolation, prejudice and overt racism – both in Fayetteville and at the University of Arkansas. Their experiences and success, however, provided a template for the future. They demonstrated the value of mentoring and emotional support for students who find themselves in a minority on campus. These alumni showed the university why diversity is important and what had to be done to meet our goals. The benefactors we are honoring had the vision to see the value of diversity, to step up and make it possible for us to provide the support and encouragement that our underrepresented students need.”

Sharon Bernard was the first African American woman to attend and graduate from the University of Arkansas School of Law. She was founding president of the Kappa Beta Pi Legal Sorority, which she formed with the two other women law students at the time. In 1970, Bernard became the first African American woman licensed as an attorney in Arkansas. She practiced criminal, civil rights and constitutional law despite regular discriminatory treatment by members of the bench and fellow lawyers.

She never turned away a client whom she thought she could help, whether they could pay or not. She accepted chickens, bags of rice, vegetables, pecans, or services they offered in exchange for her representation.

During the civil rights movement she also participated in sit-ins and marches in her then-hometown, Helena, and on other occasions, was designated to provide legal services for those who were arrested in the protests. She helped African Americans register to vote in Arkansas and taught them their legal rights.

Bernard eventually returned to her native Detroit, accepting a job as the first woman in the three-person legal department at Michigan National Bank. She retired 30 years later as first vice president and the statewide director of CRA/Community Development. During her career she was a community leader, serving as the chair of the board of directors of organizations such as the Detroit Urban League, the Michigan Children’s Trust Fund, and the Detroit Police Commission. She also served on community organizations including the Booker T. Washington Business Association; Detroit NAACP; Wayne County Neighborhood Legal Services Aids Law Center; Metropolitan Detroit YWCA; Boys Hope; Neighborhood Service Organization; Ennis Center for Children; and United Way Community Services.

She has two daughters, Judge Cylenthia LaToye Miller and Dr. Sharon G. Miller, and a son, Arthur I. Leggett, and three grandchildren, all of whom share her commitment to community service and volunteerism.

He opened the Betton Clinic in Little Rock, providing medical care in the Central High neighborhood, and has been principal physician there since 1978. He is also the former chief of family practice at Baptist Medical Center in Little Rock.

In 1993 Betton was selected as pastor of New Light Missionary Baptist Church in Little Rock, a position he continues to hold. He earned a master’s degree in biblical sciences and a doctorate in biblical studies from Trinity College and Seminary.

Dinah Gail Gant was the first African American woman to receive an undergraduate degree in civil engineering from the University of Arkansas. She was the daughter of Woodruff County sharecroppers, Floyd and Theressa Gant, and was one of 10 children.

Gant graduated as class valedictorian from Augusta High School, which had recently been integrated.

Gant enrolled at the University of Arkansas in the fall 1971 semester as a civil engineering major. She was active in Black Americans for Democracy, was a charter member Lambda Theta chapter of Delta Sigma Theta Sorority Inc., and served as its first president, and also belonged to the American Society of Civil Engineers, National Society of Black Engineers, and Society of Women Engineers. She received a Martin Luther King Jr. Award and was elected to Who’s Who Among Students in American Universities and Colleges.

Gant began her professional career with Southwestern Bell Telephone Co. in Hot Springs, and later was hired as a civil engineer with Polytech Inc. Consulting Engineers and was transferred to Milwaukee, Wisconsin, to work on all phases of the Milwaukee Metropolitan Sewerage District’s deep tunnel project. In 1991 she was hired by the city of Milwaukee as the manager of its newly initiated storm water management program and was later promoted to section manager for the Engineering Section of the Milwaukee Water Works Division. She retired from the Milwaukee Water Works in 2013.

She has also been active in volunteer efforts and service on nonprofit boards, including Delta Sigma Theta sorority and Jack & Jill of America.

Gant is married to Fredrick J. Raspberry, from Augusta. They have three daughters and one grandson.

Richard Greene is a longtime supporter of the Division of Diversity Affairs and Community at the University of Arkansas. He grew up in Hunter, in Woodruff County, and graduated from the U of A in 1976 with a Bachelor of Science in Business Administration with a concentration in finance and real estate from the Sam M. Walton College of Business. He worked in financial services before starting two small businesses of his own, and retired in 2012.

Greene is a life member of the Arkansas Alumni Association, a member of the Campaign Arkansas Steering Committee and the Towers of Old Main, a giving society for the university’s most generous benefactors. He endowed the Camden E. and Dortha Sue Greene CARE Scholarship for low-income, first-generation students from Arkansas. He is also a prime supporter of the Razorback Bridge Scholarship program, a renewable scholarship for students from underrepresented populations across the state, which includes an academic program specifically designed to enhance their educational experience and performance.

Greene and his wife Melba have seven children and twelve grandchildren.

The Walton Family Foundation is built on the guiding principle of Sam and Helen Walton: to increase opportunity and improve the lives of others. The foundation is a longtime and significant supporter of the University of Arkansas, and an active supporter of diversity initiatives throughout Arkansas. The foundation continues to provide critical support for the university’s initiatives in East Arkansas, providing funding for scholarships and academic support for first-generation, low-income and underrepresented students.

The foundation’s gift establishing the Diversity Affairs Commitment to College Completion provides for college readiness outreach to partner schools and communities throughout central and east Arkansas, working to increase college access, attendance and completion. The foundation has funded 30 students in the program as they moved on to the U of A, covering the costs of tuition, fees, room and board as well as extraordinary needs and study abroad opportunities.

The Walton Family Foundation also supports two summer programs: the ACT Academy, which prepares high school students for the college exam to help them get into college; and a new Bridge program for incoming U of A freshmen. Beginning this June, the foundation’s funding will enable 100 students to make the transition to college life and learning by attending the Accelerate Student Achievement Program. These students will continue to receive support from peer mentors, academic coaches, and a personalized approach to ongoing advising at the U of A as part of this program.