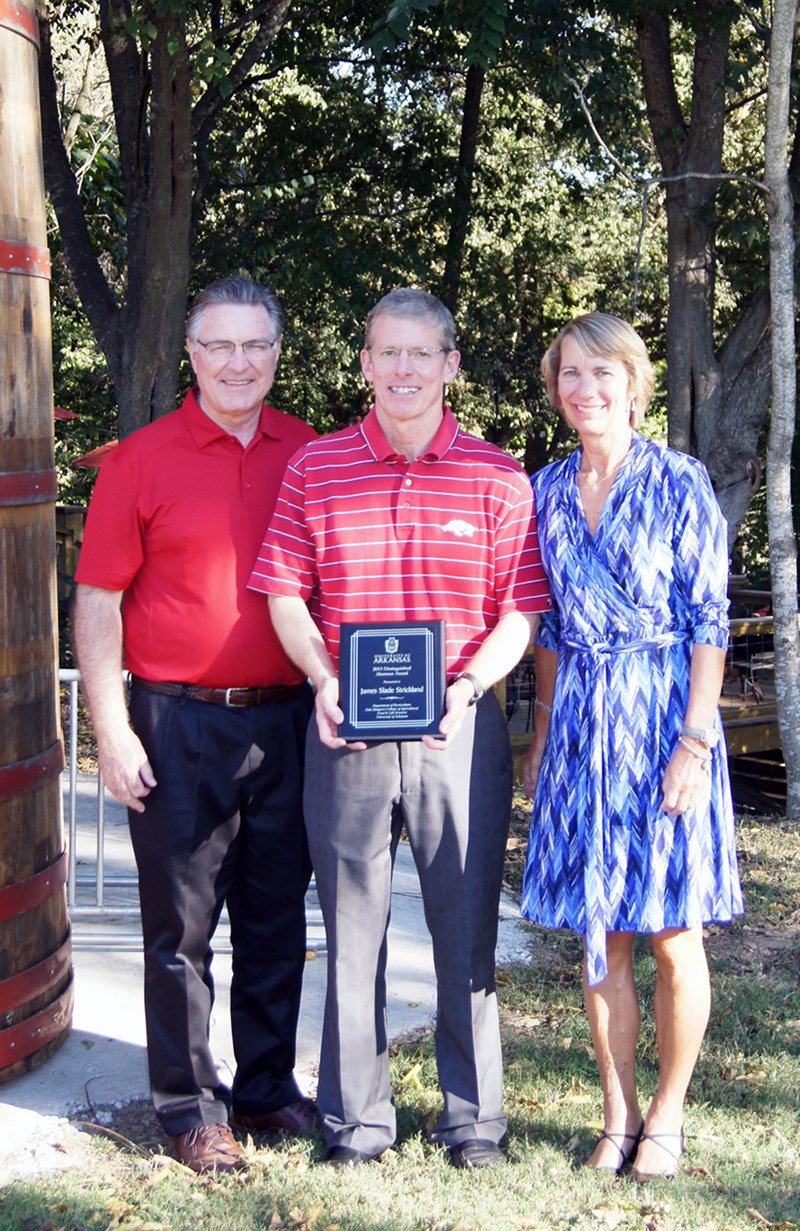 FAYETTEVILLE, Ark. — Slade Strickland, the director of parks, recreation and landscape development for the town of Addison, Texas, has been named the recipient of the 2015-16 Distinguished Alumnus Award for the Horticulture Department in the Dale Bumpers College of Agricultural, Food and Life Sciences at the University of Arkansas.

Strickland earned his bachelor's degree in agriculture with an emphasis in landscape design and urban horticulture in 1981. He is also a certified parks and recreation professional, a certified arborist by the International Society of Arboriculture, a licensed landscape pesticide applicator by the Texas Department of Agriculture, a Texas-certified landscape professional and a licensed irrigator by the Texas Commission on Environmental Quality.

"Slade Strickland is a leader in public horticulture in Texas, overseeing an impressive parks and recreation program," said horticulture department head Wayne Mackay. "His record of accomplishment and awards are a testament to his vision for the future, enthusiasm and dedication to excellence. We are happy to be able to recognize him as a Distinguished Alumnus."

After graduating from the U of A, Strickland, who lives in Plano, Texas, began his career as city horticulturist in Addison from 1982 to 1984. Addison is a North Dallas suburb.

He was assistant director of parks and landscape development from 1984 to 86 and has been director since 1987. He has developed and administered Addison's award-winning park system and landscape development master plan for more than 30 years. In addition to traditional park management and improvement, other projects include dog parks, hike and bike trail systems, athletic fields, fitness and municipal building facilities, special event sites, and boulevard streetscape design and management.

Strickland and his team have earned multiple Texas Recreation and Parks Society awards for design - including innovation awards for Addison Circle Park in 2006 and Parkview Park in 2004; American Society of Landscape Architects awards for excellence in design and construction for North Addison Linear Park in 1998, Celestial Park in 1993 and Quorum Park in 1992; the Texas Forest Service and Texas Urban Forestry Council merit award for White Rock Creek Jogging and Nature Trail Project in 1991; the North Central Texas American Planning Association excellence in development award for enhancing public open space in 1991; and an America In Bloom Turf and Groundcovers excellence award in 2010 for overall city development.