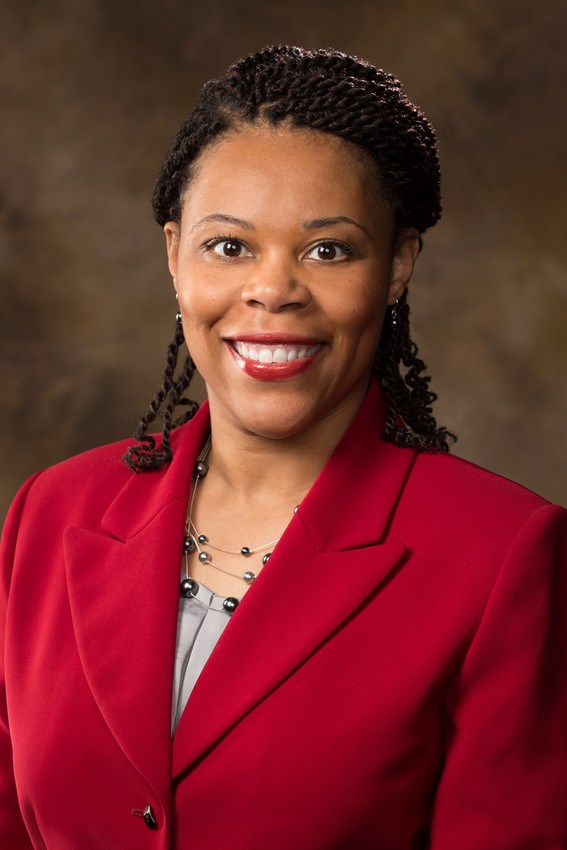 FAYETTEVILLE, Ark. — Pearl Dowe, associate professor of political science in the J. William Fulbright College of Arts and Sciences, has been named interim director of the African and African American Studies program. Her term will run until July 2016.

Dowe has been involved with the program as an affiliated faculty member since 2008, and is looking forward to the opportunity to continue the growth and high-standards seen under Calvin White, Jr., who directed the program from 2011-2015.

"This is one of the university's fastest growing fields of study," Dowe said. "I hope to continue involving new faculty from every corner of campus so that the African and African American Studies program will continue to provide students with a foundation to answer complex questions about society and develop an appreciation for the different cultures and people of the world."

Dowe was instrumental in establishing "U of A Talks Race" a partnership that seeks to foster open conversation and education for students, faculty and staff about racial issues.

"The initial campus core group consisted of persons who have shown a sincere commitment to these issues and advancing diversity throughout the campus." Dowe said. "I hope that we can institutionalize these discussions. We've had programs but they have not been systematic. There hasn't been sustained discussion. When talking to students, it seems that they are interested in these discussions. We're hoping to open the door to discussing the campus climate as well. We must remain diligent and seek ways to ensure all students, staff and faculty feel welcomed and respected."

Dowe has published articles that have appeared in journals such as the Journal of African American Studies, Political Psychology and Social Science Quarterly and Race, Class and Gender.

She is currently developing a manuscript, which focuses on the political and social attitudes of Black women and the political challenges faced by the Black women they elect.  Her most recent book, co-authored with the late Hanes Walton, Jr. and Josephine Allen, Remaking The Democratic Party: Lyndon B. Johnson As A Native-Son Presidential Candidate will be published by the University of Michigan Press in fall 2016.

Dowe serves as co-program chair for the 2016 National Conference of Black Political Scientists Annual Conference and is a member of the Southern Political Science Association's Executive Council.  She has been recognized by the University of Arkansas community for her commitment to diversity and students at the University and has received Fulbright College's Nudie E. Williams Diversity Award, the NAACP Faculty of the Year Award and the University of Arkansas Greek Life's Order of Omega Faculty of the Year Award.

The African and African American Studies program at the University of Arkansas has been an interdisciplinary program since 1961. For more information, visit the program website.

About the Program: The African and African American Studies Program at the University of Arkansas is an interdisciplinary program that expands on the core disciplines of a traditional liberal arts education. Through interdisciplinary study, students explore the legacy of the African diaspora and African-descended people's global experiences and the importance of race with a focus on Africa, the United States and the Caribbean.