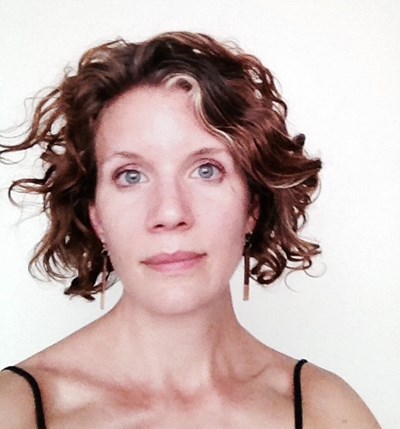 Kathleen Heil, a 2015 graduate of the University of Arkansas Program in Creative Writing and Translation, has been awarded a 2016 Literature Translation Fellowship from the National Endowment for the Arts. Heil is one of only 20 translators nationwide this year to receive the highly competitive award.

"NEA fellows typically represent the finest scholars and artists in their fields. To be named a fellow so early in her career confirms the greatness that our faculty recognized in Kathleen's work early on," said Dorothy Stephens, chair of the Department of English. "We're tremendously proud of her achievement."

The grant, worth $12,500, will allow Heil to complete translations of Argentine author Patricio Pron's short story collection El mundo sin las personas que lo afean y lo arruinan (The World Without People Who Ruin It and Make It Ugly). Named by Granta in 2010 as one of the best young contemporary writers in Spanish, Pron is a prolific author of stories, essays and novels. Though his novel My Father's Ghost Is Climbing in the Rain was published by Knopf in 2013, his short stories have yet to be published in English in book form.

A prolific writer in her own right, Heil's original work and translations — including several of Pron's stories — have appeared in Chicago Review, World Literature Today, Guernica, Michigan Quarterly Review, The Barcelona Review, and other prominent journals. Heil currently resides in Berlin as a Sturgis International Fellow, where she is studying and writing about the city's international contemporary dance culture.

"Kathleen is one of those unforgettable students whose interests and potential seem limitless. A talented poet and dancer, a voracious reader, a tremendously skilled translator — she's the real deal," said Davis McCombs, director of the Program in Creative Writing and Translation. "We were fortunate to work with her for four years, and I'm thrilled to see her talents recognized and rewarded on a national scale."

In total, the NEA will distribute $275,000 in 2016 to support the new translation of fiction, creative nonfiction, and poetry from 11 different languages into English. Since 1981, the NEA has awarded 410 fellowships to 363 translators, with translations representing 66 languages and 77 countries. A complete list of fiscal year 2016 NEA Literature Translation Fellows is available on the NEA website.

Founded in 1966, the University of Arkansas Program in Creative Writing and Translation in the J. William Fulbright College of Arts and Sciences consistently ranks in the top 40 M.F.A. programs nationwide, according to Poets & Writers magazine. The translation degree track represents a significant reason that The Atlantic Monthly named the U of A among the "Top Five Most Innovative" M.F.A. programs in the nation. Noteworthy graduates include Barry Hannah, C.D. Wright, Lucinda Roy, and Nic Pizzolatto.