U of A Alumna McDaniel Wins Miss Arkansas Pageant 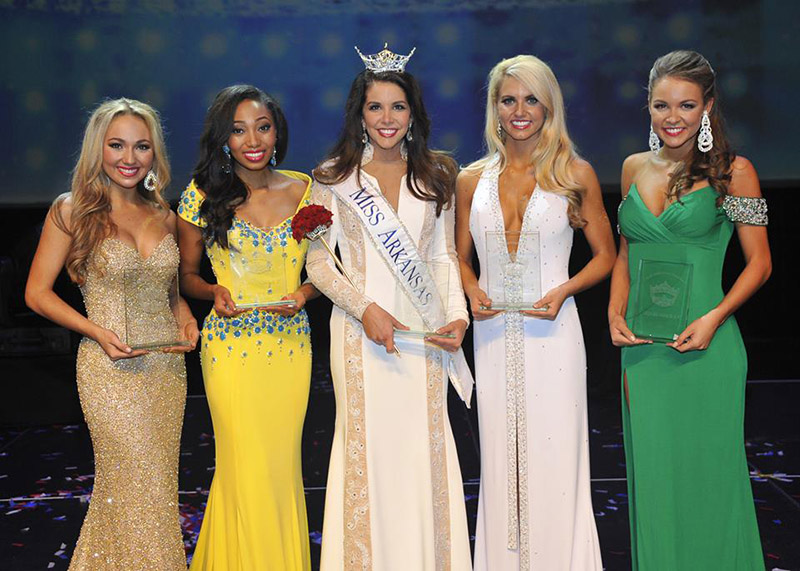 HOT SPRINGS, Ark. - University of Arkansas alumna Loren McDaniel won the title of Miss Arkansas 2015 on Saturday night at the 78th Miss Arkansas Scholarship Pageant. The pageant took place Saturday at the Bank of the Ozarks Arena in Hot Springs in front of a crowd of more than 2,500 people.

McDaniel, who is from Van Buren and competed at the pageant as Miss Northwest Arkansas won a $20,000 scholarship provided by Ted and Shannon Boy Skokos, Citgo and the Miss Arkansas Scholarship Foundation and more than $75,000 in awards, wardrobe, transportation, and gifts. McDaniel will represent Arkansas at the 2016 Miss America Pageant in Atlantic City and will make appearances across the Natural State promoting the Children's Miracle Network, the Arkansas Children's Hospital, her personal platform of "Confidently You" and speaking in support of the goals of the Miss Arkansas and Miss America system.

McDaniel was crowned by the outgoing Miss Arkansas, Ashton Campbell, who is from Hindsville and is a University of Arkansas student.

Among those watching the festivities was Donna Axum Whitworth, a University of Arkansas alumna who was Miss Arkansas 1963 and Miss America 1964.

More than $86,000 in scholarships were awarded Saturday night to various contestants in decisions made by a panel of five judges.

McDaniel is a 2015 graduate of the University of Arkansas. She was theater major. For her talent selection she performed a vocal to "Piece of Sky." She is the 22-year old daughter of Kevin and Melissa McDaniel of Van Buren.

Other awards won by McDaniel included the Overall Interview Award, Service Before Self Award and Children's Miracle Network Miracle Maker.

The other top five finalists were:

Awards going to other competitors with connections to the University of Arkansas: