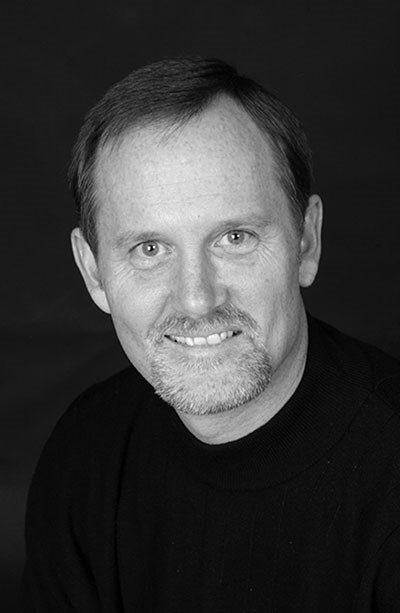 Pending approval from the LSU System Board of Supervisors, Boyer will assume directorship of the school effective July 2015.

Boyer's research focuses on green roofs and other sustainable stormwater management technologies. He received a Bachelor of Science in landscape architecture with distinction from the University of Kentucky after serving four years in the Air Force. Following two years of practice, he went on to receive a Master of Landscape Architecture from the Robert Reich School of Landscape Architecture at Louisiana State University.

In 1998, Boyer joined the Fay Jones School, where he teaches courses on landscape architecture construction materials and technologies, ecological design studios and an interdisciplinary course related to alternative stormwater management techniques. His students have designed and constructed a wetlands observation deck and an Environmental Center boat dock in Fayetteville and assisted in the installation of two green roofs on the University of Arkansas campus.

Boyer was part of the interdisciplinary University of Arkansas team, together with the U of A Community Design Center, that designed Habitat Trails, a sustainable neighborhood for the Benton County chapter of Habitat for Humanity. The project has won seven major awards, including a national Honor Award for Analysis and Planning from the American Society of Landscape Architects.

He has presented papers at national and international conferences related to his interdisciplinary course and research in stormwater management. In 2001, he was the recipient the Council of Educators in Landscape Architecture Award of Recognition, and has also received the department's faculty teaching award and was inducted into the University of Arkansas Teaching Academy.

Boyer was named head of the Department of Landscape Architecture in 2010, after serving as interim director for two years. He also served as interim associate dean of the Fay Jones School of Architecture from May 2013 to June 2014 and is currently co-director of the Wally Cordes Teaching and Faculty Support Center, a university-wide center focused on developing teaching excellence. He also served for two years as second vice president of the Council of Educators in Landscape Architecture (2012-2014), an elected position. A member of ASLA, he served on the Committee for Education (2012-2014).

Dean MacKeith and department faculty are preparing a transition plan for the department, including interim leadership and a national search process for a new department head. "We have a committed departmental faculty and an excellent cadre of students in landscape architecture, along with 40 years of dedicated alumni," MacKeith said. "We thank professor Boyer and wish him well, and look ahead to new opportunities here."