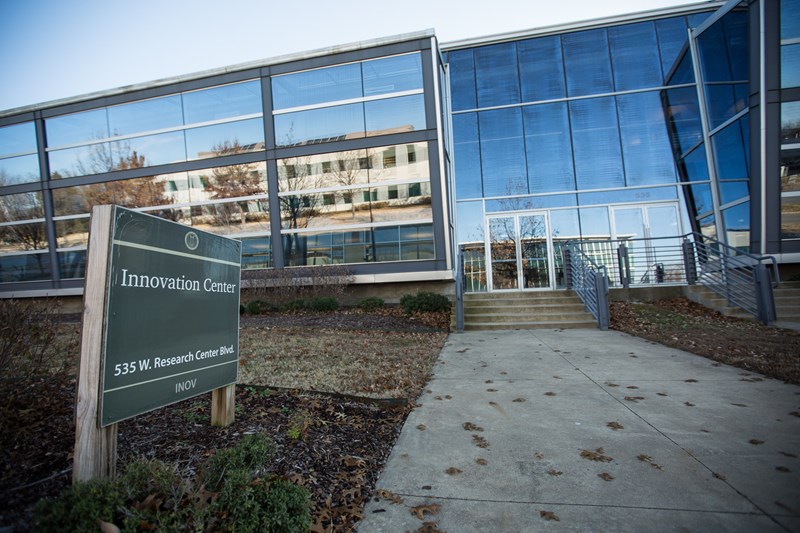 FAYETTEVILLE, Ark. – The operations of the Arkansas Research and Technology Park pumped nearly $55 million into the state economy in the 2013-14 academic year, according to the Center for Business and Economic Research at the University of Arkansas.

“These findings confirm the measurable impact of the Arkansas Research and Technology Park on the state and regional economy,” said Phillip Stafford, president of the University of Arkansas Technology Development Foundation, which manages the research park.

U of A Chancellor G. David Gearhart, at a 10-year anniversary celebration held at the park on Oct. 30, said, “From proof-of-concept to early development, and on to actual product development, the ARTP has nurtured innovation and technological development for a decade. The University of Arkansas Technology Development Foundation continues to promote the translation of university research into groundbreaking innovations that are fueling a growing entrepreneurial culture.”

According to the Center for Business and Economic Research, the research park ended fiscal year 2014 with 38 public/private affiliate companies and 196 employees, resulting in a total employment impact of 385 jobs statewide.

Last fall, in a separate analysis, the center’s researchers determined that the research park has had an economic impact of more than a half-billion dollars since construction on the park began in 2003. The center found that labor income associated with the tenant companies totaled $189.5 million from 2005 to 2014, and the research park’s overall economic impact on the state from 2003 to 2014 totaled $522.9 million.

The mission of the University of Arkansas Technology Development Foundation is to stimulate the knowledge-based economy in Arkansas through partnerships that lead to new opportunities for learning and discovery, that build and retain a knowledge-based workforce and that spawn the development of new technologies to enrich the economic base in Arkansas.

In the last decade, the research park has grown to encompass six cutting-edge facilities in south Fayetteville, including the Genesis Technology Incubator, the Innovation Center and the Enterprise Center, which each support emerging technology companies that contribute to Arkansas’ knowledge economy. The park also features the Engineering Research Center, the High Density Electronics Center and the National Center for Reliable Electric Power Transmission, which combined house laboratories where U of A researchers investigate such areas as solar energy, the power grid, sustainable pavement design and cancer treatment.

The park’s partners include the city of Fayetteville, the Northwest Arkansas Council, the Arkansas Economic Development Commission and the Arkansas Science and Technology Authority, among others.