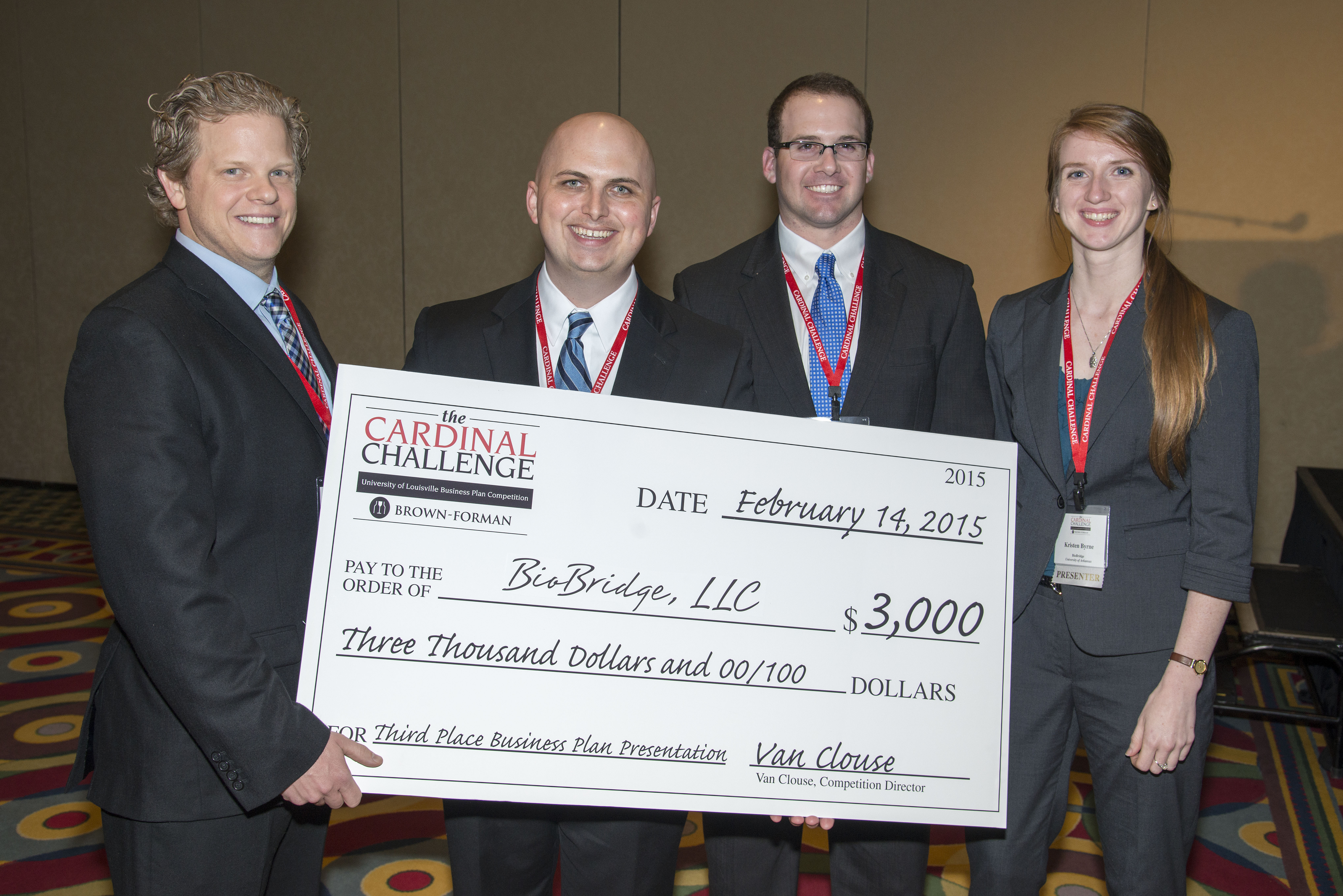 FAYETTEVILLE, Ark. – A business plan team from the University of Arkansas that is creating an online marketplace that would connect researchers to suppliers of human biospecimens placed third at the 2015 Brown-Forman Cardinal Challenge.

BioBridge formed in the New Venture Development graduate course taught by Carol Reeves, associate vice provost for entrepreneurship at the U of A and holder of the Cecil and Gwendolyn Cupp Applied Professorship in Entrepreneurship in Walton College.

“Making the finals was tremendous considering we were up against very strong competition,” Reeves said. “The judges were very impressed by the team’s enthusiasm and emphasis on ‘go-to-market’ strategy, that is, the set of tactics the company will use to connect with its customers.”

BioBridge team members are Dave Bellomy, Ben Dye and Ariel Spencer, all master in business administration students in the Sam M. Walton College of Business; Kristen Byrne, a doctoral student of poultry science in the Dale Bumpers College of Agricultural, Food and Life Sciences; and Bryan Loyd, a master of accountancy student in Walton College.

Human tissues, also known as biospecimens, are some of the most sought-after research materials worldwide. But according to the National Institutes of Health, “the most pressing problem facing 21st century molecular medical research [is] limited availability of carefully collected and controlled, high-quality human biospecimens.”

The fragmented global market for biospecimens in human medicine is estimated to be $18.5 billion annually and is expected to continue growing. BioBridge will leverage its scientific and technical expertise to create the premier online marketplace for biospecimens, connecting medical researchers with ethical suppliers of quality specimens.

Under the guidance of Reeves, the University of Arkansas has fielded competitive graduate student teams at state, regional, national and international business plan competitions since 2002. During the past decade, students have won more than $2.3 million in cash at these competitions.