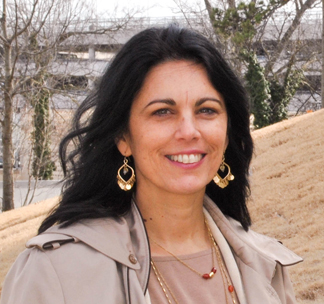 Paula Haydar, instructor of Arabic in the Department of World Languages, Literatures and Civilizations

The King Fahd Center for Middle East Studies is pleased to announce that Paula Haydar, instructor of Arabic in the Department of World Languages, Literatures and Cultures, has been highly commended as runner-up for the 2014 Saif Ghobash Banipal Prize for Arabic Literary Translation for her translation of June Rain (Bloomsbury Qatar Foundation 2014, ISBN: 9992142782) by Lebanese novelist Jabbour Douaihy. Her translation also made the Beirut Daily Star year-end book review list of the six Top Middle East Novels of 2014 in translation.

The Banipal Prize is an annual award of £3,000, made to the translators of a published translation in English of a contemporary Arabic novel. This year judges read 17 entries by 15 translators. The winner was Sinan Antoon for the translation of his novel, The Corpse Washer (Yale University Press 2014), originally published in Arabic in 2010.

Jabbour Douaihy is a novelist and professor of French literature at the University of Lebanon. To date, he has published seven works of fiction, including Autumn Equinox (University of Arkansas Press 2001), as well as short stories and children's books. The Arabic original of June Rain was shortlisted for the inaugural International Prize for Arabic Fiction in 2008. His latest novel, American Neighbourhoods, has been longlisted for the 2015 International Prize for Arabic Fiction.

June Rain is a complex story that explores the effects of family and clan loyalties in a mountain village in northern Lebanon, taking as starting point a massacre in 1957 and its repercussions throughout the community. Lyrical and at times wistful, part tragedy, part ‘whodunnit,’ the novel is rendered through a kaleidoscope of stories and characters, and is narrated from multiple points of view. The judges lauded Haydar’s rendering as ‘an astonishing translation, which exactly captures the novel’s tone and heft.’

Paula Haydar expressed her honor at the accolades: 'What makes [June Rain] so deserving of all the high praise it has received since its publication in Arabic … is not only its sensitive treatment of events and themes that are at once specifically Lebanese and yet widely universal, and not only its poignant portrayal of a wide variety of interesting and memorable characters readers can easily relate to and sympathize with, but most importantly, and from a translator’s perspective in particular, … the beautifully-crafted language in which it is so elegantly dressed.'