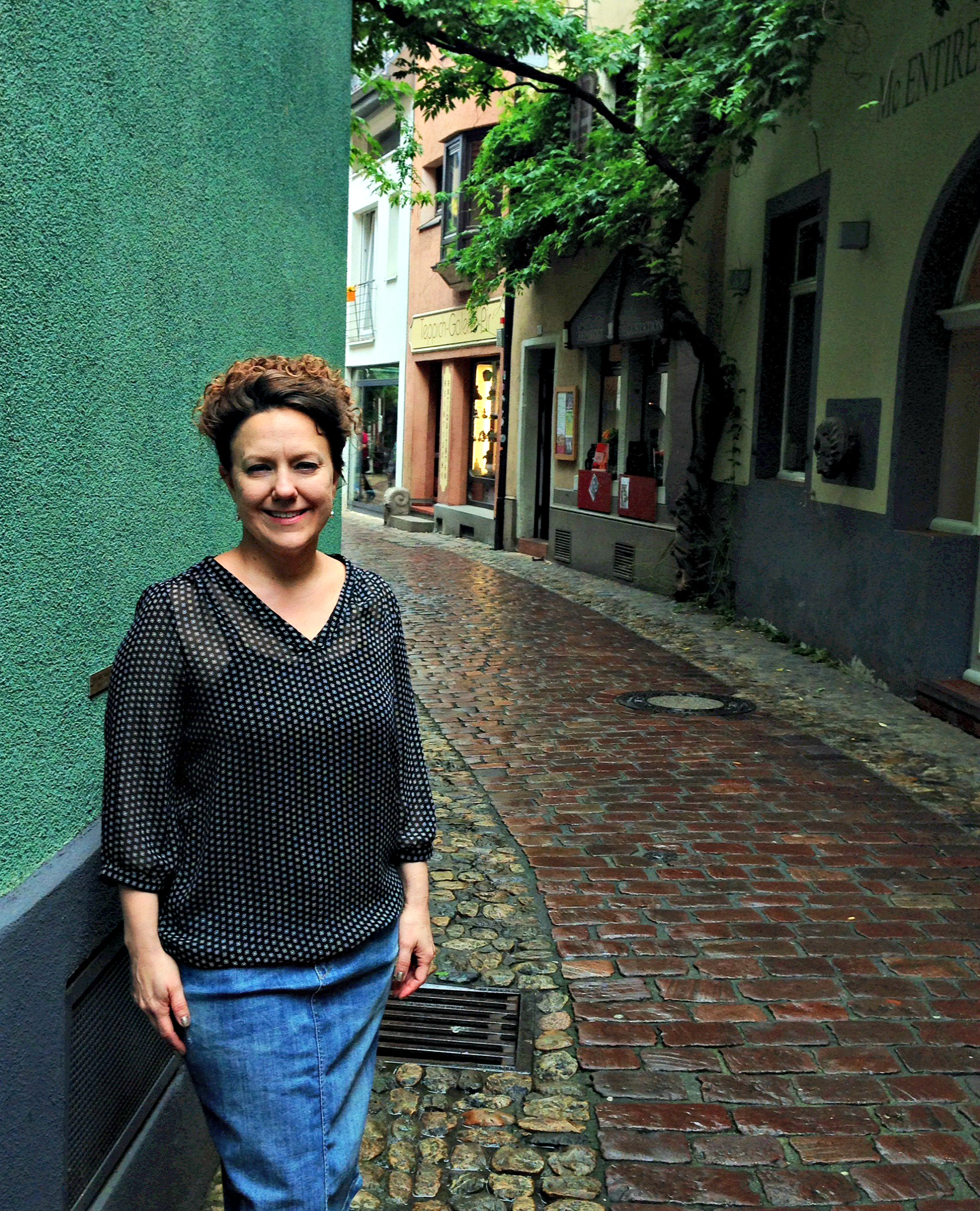 FAYETTEVILLE, Ark. – Kathleen Condray, associate professor of German in the J. William Fulbright College of Arts and Sciences, spent the 2014 German summer semester at the Albert-Ludwigs-Universität at Freiburg im Breisgau on a Senior Lecturer Fulbright award.

Condray was one of only eight recipients chosen for the Germany positions last year. She went through an extensive application process, which began essentially two years in advance. Applicants are required to provide many details about their work and proposed research plans such as a project statement that includes an explanation as to why the applicant selected a particular country, course proposals, teaching experience, service experience, research components, plans for dissemination of findings and potential benefits to the host country.  Faculty must also obtain a letter of invitation from the department in which they will be teaching.

Condray received her invitation from the North American Studies department at the University of Freiburg. She had previously worked with Wolfgang Hochbruck, a professor in the department, on the international symposium “The Legacy of Friedrich Gerstäcker: Arkansas and the Wild West” held at the University of Arkansas in October of 2012. Gerstäcker, a prolific traveler and writer from Germany, romanticized the American frontier and wrote about the social conditions as he found them in backwoods Arkansas before the Civil War.

During the semester, Condray taught classes in professional English in writing and speaking and southern culture, drawing on her current research project on European immigration to Arkansas. Both subjects are rare in German education.

“Generally, the American South is underrepresented at German-speaking universities, although the department chair at Freiburg, Gert Fehlner, has a special interest in the South and leads a study trip to the U.S. every few years,” Condray said. “In German high schools, the American South has been completely dropped from the course books, which is why the high school instructors were so glad to have a guest lecture on the topic.”

Her classes included students from every level of the degree program, from first semester students to Master of Arts candidates, majoring in linguistics, cultural studies, history and political science.

Through her past and current research into the German presence in Arkansas, from Friedrich Gerstäcker in Wild West Arkansas to late 19th century German immigrants who made significant contributions to the state, Condray hopes to show students that Arkansas is perhaps more exotic and international than they realize.

“Along with my colleague, Dr. Linda Jones, who researches French Colonial Arkansas, I hope to show students how knowing another language can reveal important information about their own state that cannot be accessed otherwise,” she said.

The Fulbright Exchange Program was established in 1946. Today, 51 binational commissions join the United States in underwriting a program that operates in more than 155 countries worldwide and has provided approximately 310,000 participants with the opportunity to study, teach or conduct research in each others' countries and exchange ideas. In 1982, the University of Arkansas formally dedicated the Fulbright College of Arts and Sciences in recognition of Fulbright’s contributions toward international understanding and education.