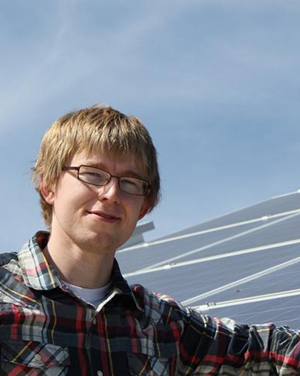 The investment funds came on top of funding through a prestigious SunShot Award by the U.S. Department of Energy.

“These investments are crucial toward helping Picasolar grow as a company,” said Douglas Hutchings, Picasolar’s chief executive officer. “Some of these investors had never invested in an Arkansas company. Our patent-pending technology could save an average-sized solar panel manufacturer $120 million annually, making the panels, and solar energy, more affordable for consumers.”

Hutchings said the $1.2 million was raised through $600,000 from private investors that was matched dollar-for-dollar by the Arkansas Development Finance Authority through the authority’s co-investment fund.

Gene Eagle, president of the Arkansas Development Finance Authority, said, “We are excited to be able to partner with a company like Picasolar. This company has a strong team with experience and skills to move the company forward. Emerging businesses like Picasolar are significant creators of new, high-paying jobs in Arkansas.”

The new award for Picasolar is intended to accelerate the transition of early stage functional prototypes to manufacturing and a commercially relevant prototype made in the lab.

In January 2013, the company submitted an application for a full patent on a self-aligned hydrogenated selective emitter for N-type solar cells. The emitter, invented by Seth Shumate, a doctoral candidate at the University of Arkansas and chief technology officer for Picasolar, could improve the efficiency of solar cells by 15 percent. If successful, the emitter represents the single largest technology leap in solar power in 40 years, Hutchings said.

Picasolar won more than $300,000 in cash while competing for the University of Arkansas at graduate business plan competitions in 2013, including $250,000 for winning the MIT NSTAR Clean Energy Prize.