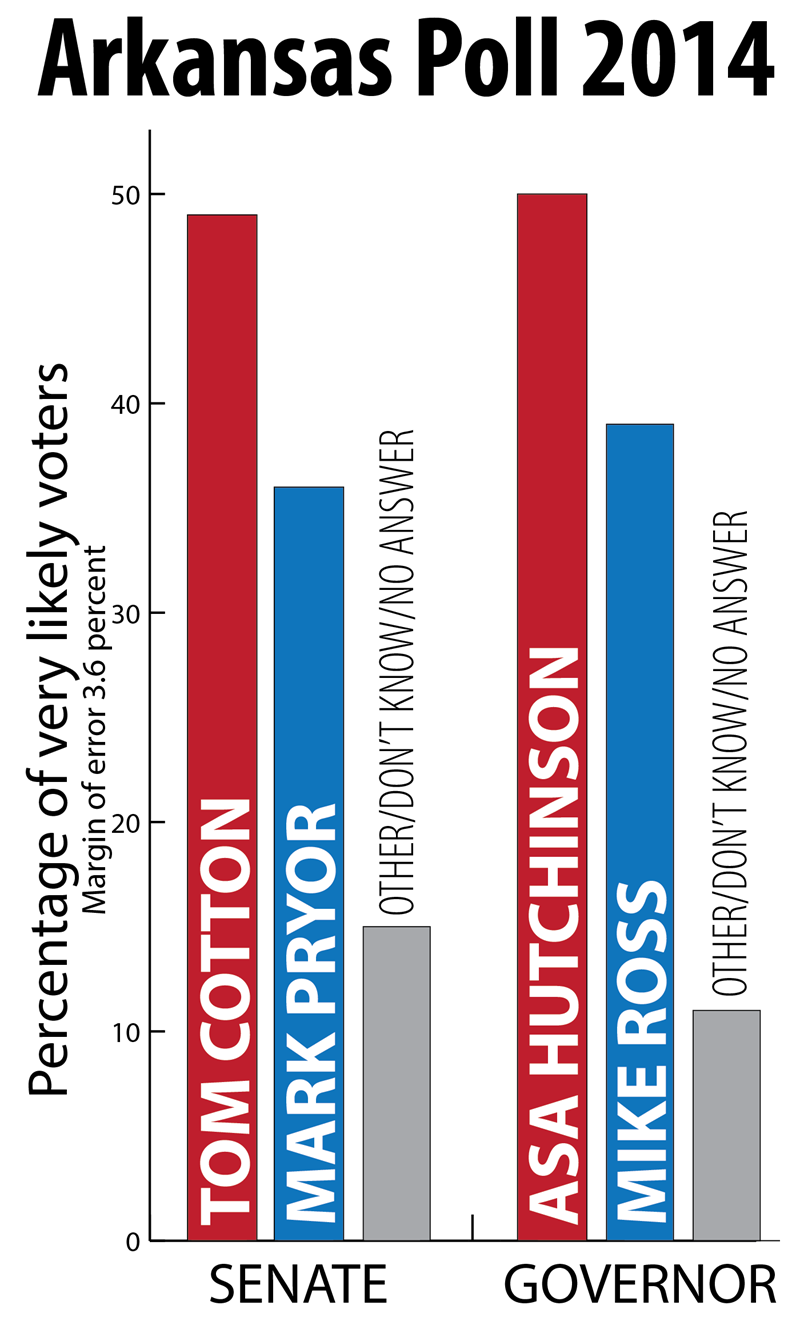 Among very likely voters, Tom Cotton, the Republican candidate, maintains a significant lead over Democrat Mark Pryor, at 49 percent to 36 percent. That gap widens significantly among men, with 57 percent of very likely voters favoring Cotton versus 36 percent for Pryor. On the other hand, women showed no clear preference, with both Cotton and Pryor at 42 percent. Thus, the gender gap, which is calculated as the difference between the male and female vote for the leading candidate, is 15 points. This is the largest gender gap in Arkansas Poll results in the decade in which the gap has been calculated.

“It is no accident that the Democrats seem to have made October the month of the woman,” said poll director Janine Parry, “Not only are women as likely to favor Pryor as they are Cotton, but their votes are still up for grabs. While 7 percent of men answered ‘don’t know’ or refused to answer, 13 percent of women were in one of those categories.”

Poll questions about preferences in races for the U.S. House of Representatives and state legislative elections were generic, simply asking whether the respondent would be voting for the Republican or Democratic candidate. Among very likely voters, Republican candidates led Democratic candidates 47 percent to 33 percent in U.S. House races and 45 percent to 36 percent in state legislative elections.

The poll surveyed Arkansans about support for three of the five measures that will appear on the November ballot. Majorities of very likely voters oppose two of the measures:

In comparison, Raymond McCaffrey, interim director of the Center for Ethics in Journalism in the Walter J. Lemke Department of Journalism at the University of Arkansas, pointed to results of Gallup surveys that ask respondents nationally to rate the honesty and ethical standards of a host of professions, including journalists. The most recent Gallup poll, conducted in December 2013, showed that 21 percent of respondents thought that newspaper reporters had high or very high standards, and 20 percent rated TV reporters standards as high or very high. In polls conducted between 1976 and 2012, Gallup found that journalist’s standards were rated average by 45 to 54 percent of respondents. At the same time, low and very low ratings came from 12 to 31 percent of respondents. Ratings have been trending lower over the years, especially since 2003.

Life and Issues in Arkansas

Each year, the poll asks Arkansans about the direction of their state and their own lives and about opinions on current issues. This year’s poll found Arkansans less positive about their state. When asked, “Overall, do you feel that Arkansas is generally headed in the right direction or the wrong direction?” 25 percent of all respondents and 27 percent of likely voters chose “wrong direction.” Not since 2003 have results been this negative. The percentage of those who chose “right direction” was the lowest in the poll’s history, with 57 percent overall and 60 percent of very likely voters expressing a positive outlook. 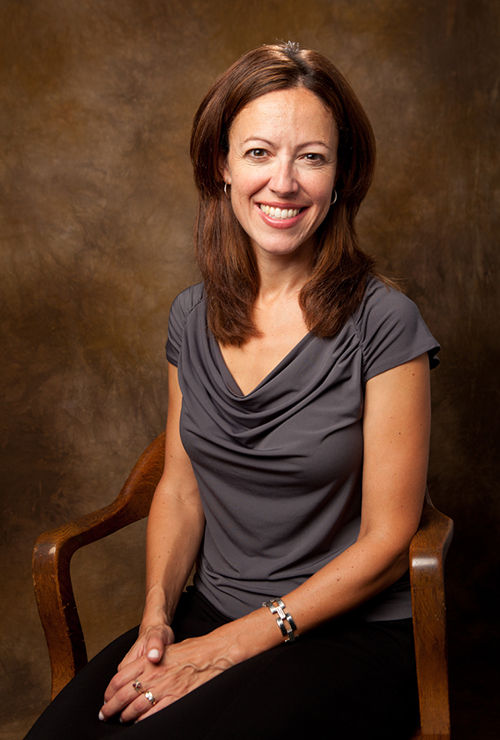 “There’s often a disconnect between micro- and macro-level perception,” Parry said. “I suspect that gap this year was magnified by the deluge of negative political advertising.”

The poll also asked questions about several current issues. When asked for a favorable or unfavorable rating of the health reform law of 2010, 55 percent of respondents gave thumbs down, with 27 percent having a favorable opinion.

For several questions, the percentage change in responses was within or barely outside the poll’s margin of error of 3.6 percent. Opinions about gun control were similar to last year’s responses, with 32 percent favoring stricter laws (down 1 percent), 19 percent favoring less strict laws (up 4 percent) and 43 percent choosing no change (down 4 percent).

On the issue of access to abortion, 40 percent of respondents thought that it should be more difficult for women to obtain an abortion, down from 44 percent last year. Once again this year, 11 percent thought that abortions should be easier to obtain. The “no change” option was chosen by 37 percent, up from 34 percent in 2013.

The 2014 Arkansas Poll was conducted by Issues & Answers Network. Between Oct. 21 and 27, interviewers completed 747 live telephone interviews among a random sample of adult Arkansans. Twenty-five percent of all respondents interviewed used their cell phones for all or most of their calls.

To assess the representativeness of the sample drawn for the poll, the Arkansas Poll team publishes what most polling organizations do not, a comparison of survey respondents’ key demographic characteristics to those of the state as a whole. This information is available on the poll website. A full summary report of the 2014 poll results and data from past Arkansas Polls will be available at 8 a.m. Thursday, Oct. 30, at the Arkansas Poll website.