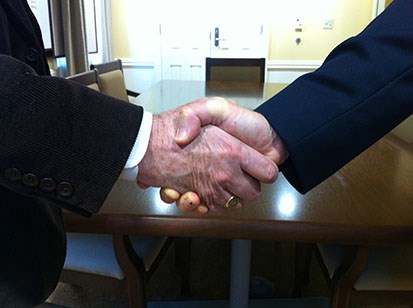 FAYETTEVILLE, Ark. – Chief executive officers with extensive social connections to board members, executives at other firms, bankers and other financial market participants initiate mergers and acquisitions more frequently and with poorer results, according to a new study by a University of Arkansas researcher. And, when compared to deals brokered by CEOs with less-extensive contacts, these deals result in greater financial losses for both the acquiring firm and the combined entity but greater personal benefit to the well connected CEO. 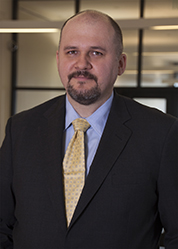 “As you might expect, an individual’s position in the social network matters,” said Tomas Jandik, associate professor of finance in the Sam M. Walton College of Business. “But this positioning doesn’t necessarily lead to financial gains for the firms they lead. We show that CEOs with higher network centrality – those who are highly connected socially – are more likely to pursue acquisitions, and that these deals are more likely to destroy value.”

Jandik and colleagues Kathy Fogel at Suffolk University and Rwan El-Khatib at Zayed University in United Arab Emirates used BoardEx data to construct a social network of CEOs at U.S. firms. BoardEx provides biographical information on board members and senior executives around the world and uses information on work, educational and other social relationships to document organizations’ connectivity to the marketplace.

These data allowed the researchers to determine the overall importance or power of individuals within the network of nearly 400,000 U.S. corporate officers and directors. The researchers’ analysis relied on the graph theory concept of network centrality, which studies many alternative aspects of “connectedness” – not just the number and relevance of CEO connections, but also how short a path the CEO has to other individuals.

The researchers examined centrality in the context of mergers and acquisitions by S&P 1500 firms from January 2000 to December 2009. The S&P 1500 is a popular stock market index developed by Standard and Poor’s, a U.S. financial services company. Mergers and acquisitions provide fertile ground to test the impact of CEO network centrality because success, particularly on the bidder side, depends not only on the CEO’s knowledge of the target and its future prospects but also on the CEO’s ability to convince the board to close the deal, Jandik said. The role of the bidder CEO is particularly crucial, because merger and acquisition deals have important monetary consequences for all parties. While target shareholders almost always benefit, bidder shareholders very often lose money.

The researchers found that a CEO’s individual authority and dominance over others achieved through being at the center of the social network has a mostly negative impact in the merger and acquisition process. Compared to CEOs with fewer connections, the highly connected CEOs used their power and influence to launch deals more frequently. However, these mergers and acquisitions generated mostly negative stock returns for the bidder firm’s shareholders and often lowered the combined value of the merged firms. Increasing CEO centrality from the 25th to the 75th percentile of the sample deepened bidder shareholder losses by an additional 3.4 percentage points on average, according to the study.

The researchers also found that the ability of highly connected CEOs to control the flow of information, to have more numerous and powerful friends, and to have more resources to fall back on likely prevented internal and external corporate governance mechanisms to correct the value destruction. For example, despite stock value losses resulting from the acquisitions, well-connected bidder CEOs were unlikely to be dismissed by their boards of directors, and their own companies were less likely to be targeted for acquisition.

Finally, the researchers investigated possible motives for the value-destructive behavior. They found that highly connected CEOs who launched such deals tended to receive substantial salary increases, as well as non-monetary prizes such as honorary degrees or alumni awards, even as their firms suffered negative returns.

“CEOs are often lauded for being influential and well connected,” Jandik said. “And yes, personal networks can be very beneficial as they provide an effective channel for the exchange of information. What we found, though, is that highly connected executives can also use their influence to become entrenched and to pursue activities regardless of the potentially negative impact on shareholders. This should be an important concern for corporate boards and other market participants, especially in cases of multi-billion dollar M and A deals.”

The study, “CEO Network Centrality and Merger Performance,” is forthcoming in the Journal of Financial Economics.