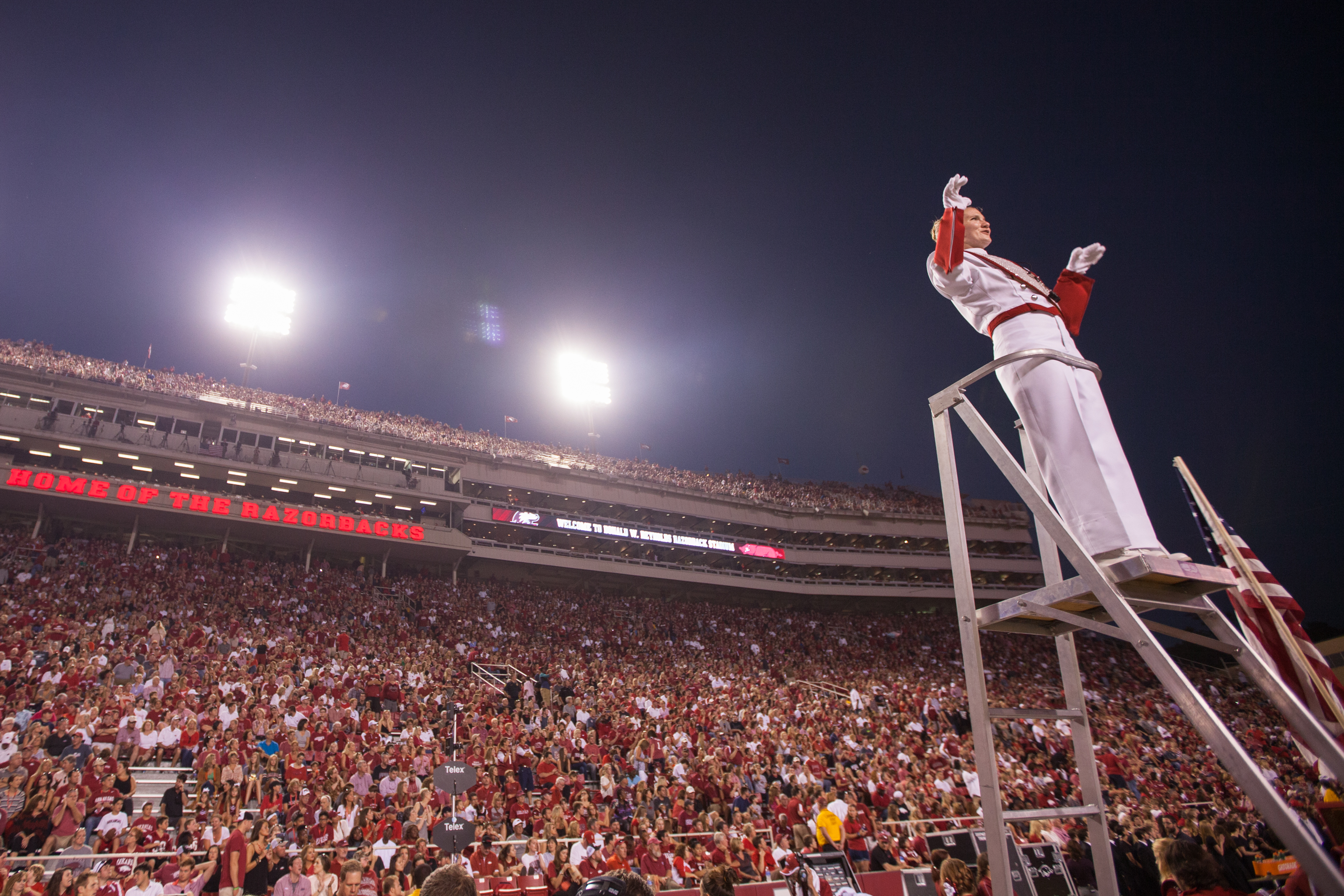 FAYETTEVILLE, Ark. – The Razorback Marching Band will continue its performance season Saturday, Oct. 11, with a tribute to the 1964 National Championship Razorback team. The show will include music from the decade and will be performed at half time when the Arkansas Razorbacks take on the Crimson Tide of the University of Alabama at Donald W. Reynolds Razorback Stadium.

The show highlights music of the 1960s including I’m A Believer by The Monkees, I Want To Hold Your Hand by The Beatles, I Get Around by The Beach Boys and Wipe Out by The Surfaris. The contemporary drill, arranged by second-year graduate assistant and former Razorback Marching Band drum major Chase Jones, uses formations that pay homage to the music and times of the 1960’s.

“I started working on the drill for the show back in May,” Jones said. “Our idea for the entire show was to honor the accomplishments of the 1964 football team. The show opens with a medley of songs from that time as a way to ‘take the audience back’ to 1964. The next part of the show highlights some parts of the 1964 season.”

Members of the 1964 team will be on hand for the game to celebrate the 50th anniversary of the school’s only football national championship.

“The band will make a score board and show scores from some of the bigger games that season, including a 14-13 win over No. 1 Texas in Austin and a series of five straight shutouts to close the regular season,” said Jones. “The drill writing process can definitely be frustrating at times, but to see the outcome at the end is very rewarding.”

The Razorback Marching Band, part of the Department of Music in the J. William Fulbright College of Arts and Sciences, has more than 330 student members representing every college in the university.