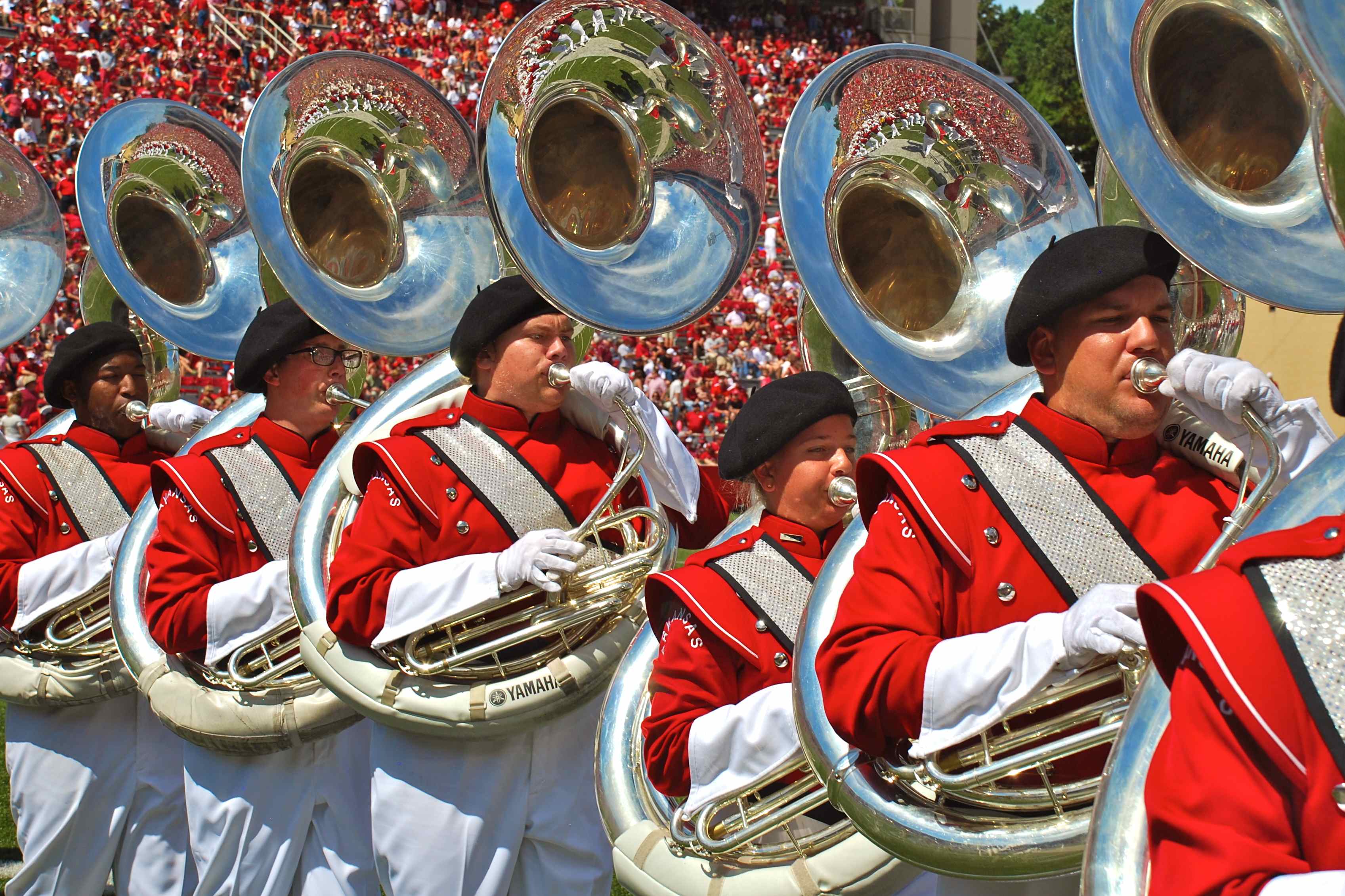 FAYETTEVILLE, Ark. – The Razorback Marching Band continues its performance season with Hometown Heroes, a halftime show dedicated to the United States military. The marching band will perform the show Saturday, Sept. 20, when the Arkansas Razorbacks take on the Northern Illinois Huskies at Donald W. Reynolds Stadium in Fayetteville.

The band will celebrate the service and accomplishments of each branch through exciting drill set to the Armed Forces Medley, arranged by David Gorham, which represents the branches of the United States military. The medley includes Semper Paratus, The Army Goes Rolling Along, Anchors Aweigh, The Wild Blue Yonder, and The Marines' Hymn. The show will also include a performance of America the Beautiful featuring Schola Cantorum, the university’s top choir ensemble,.

“What I would love to happen is for the service members in the crowd to stand up and be recognized when they hear their service song,” said Austin Cowart, a freshmen trumpet player. “My dad has been in the U.S. Air Force for 20 years, and I know I will be standing prouder when the Air Force song is being played. The RMB playing this show is exciting to me. It brings me home. The military has been such a large part of my life and hearing those songs being played is so comforting and motivational.”

Cowart and his family have been stationed around the world, from England to Japan. He intends to enter the Air Force as a second lieutenant in four years.

“I get to go and visit my family once a year over Christmas time,” Cowart said. “My favorite part of the RMB is the sense of community within the program. I always have someone to talk to and someone to help me when I need it.”

The show will conclude with a special performance of John Phillip Sousa’s The Stars and Stripes Forever. The band will play the original arrangement of the march, which was named the national march in 1987.

The Razorback Marching Band, part of the Department of Music in the J. William Fulbright College of Arts and Sciences, has more than 330 student members representing every college in the university.