Study Shows How, When Consumers Remember Brands in Celebrity Advertisements 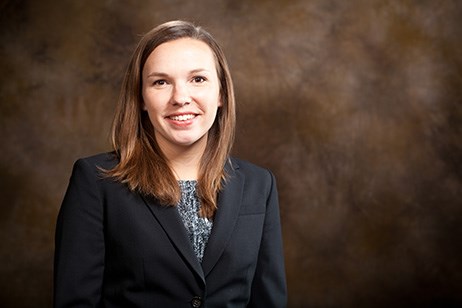 FAYETTEVILLE, Ark. – From a consumer perspective, what happens when a celebrity endorses different products in two advertisements that appear in the same magazine? Do you remember both equally? One better than the other? Neither?

An example of a moderate fit would be the professional basketball player LeBron James featured in a State Farm Insurance advertisement. As an industry or product, insurance does not fit the nature of James’ celebrity. It’s a product that neither enhances his celebrity nor detracts from it.

On the other hand, the study showed that consumers experience a relatively high level of recall when a celebrity endorses a product that is highly matched with the celebrity’s expertise or image, such as James selling basketball shoes or a sports drink.

But what happens when there is a low fit or match, such as LeBron James starring in a fast-food commercial? James is one of the world’s premiere athletes. This would be a low match because of the perception that one does not reach peak physical condition by eating frequently at McDonald’s.

“The same thing happens with high and low matches,” said Kelting, assistant professor of marketing in the Sam M. Walton College of Business. “A low match is just weird enough for people to remember. It may not make sense to them, and they may not feel particularly good about it, but they will remember it, more so than LeBron James endorsing an insurance company.”

In the interfering ad, the product endorsed by Beckham was either a sports drink, an MP3 player or a baseball bat, while in the target ad, he is endorsing a camera. Depending on which interfering ad was shown, recall for the camera ad was affected. When later asked which products Beckham touted, the students were less likely to remember the camera when also shown the sports drink – a high match for Beckham’s celebrity – and the baseball bat – a low match. However, when they were shown the MP3 player, which had only a moderate connection to Beckham’s celebrity, they were more likely to remember the camera ad.

Kelting said this experiment demonstrates how brands in a celebrity’s “endorsement portfolio” compete with each other when consumers use the celebrity as a retrieval cue for information contained in an ad. Brands that have either a high or low match, based on the celebrity’s expertise or reason for being famous, win the battle of retrieval and actually inhibit consumers’ ability to accurately recall information in ads that were only a moderate match with the celebrity.

The importance of the findings is that most studies examining celebrity advertising have focused on consumer attitudes to gauge effectiveness, Kelting said. But attitude and memory do not always predict effectiveness the same way. For example, the Energizer bunny – one of the most famous ad campaigns – initially backfired because the consumers could not remember which brand the campaign was tied to. When Energizer batteries introduced the campaign, consumers responded favorably, but when asked later what brand it represented, they said Duracell, because, at that time, Duracell dominated the battery market. Energizer solved this problem by placing an image of the bunny on its packaging.

“Our findings demonstrate that marketers should think hard, or at least be strategic, about using celebrities to sell their products,” Kelting said. “They shouldn’t expect consumer memory to be accurate, especially when the famous face endorses other brands. If consumers like a celebrity ad featuring LeBron James when they see it but cannot remember which brand of insurance he endorsed when they are later in the market for car insurance, then what was the point of hiring LeBron James in the first place?”

The researchers’ study was published in Psychology and Marketing.