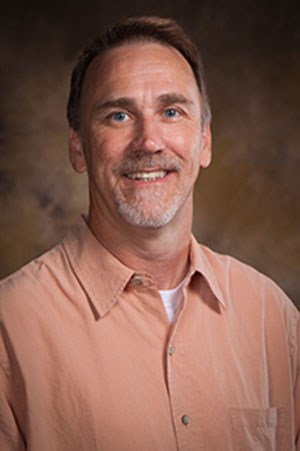 FAYETTEVILLE, Ark. – The U.S. Department of Education’s Institute of Education Sciences has awarded a four-year grant of $1.3 million to a research team led by University of Arkansas psychology professor Tim Cavell. The researchers will develop and test a system that school districts can use to offer mentoring to students from military families.

Cavell’s team will research strategies for schools and school districts to identify and support students from military families experiencing deployment-related stress. This form of stress puts military-connected students at risk for disruptions in learning, academic performance and social behavior. The delivery model that is developed may enhance how school districts support students affected by deployment-related stress or by military parents struggling to reintegrate into civilian life.

“Military service members and families are known for being highly resilient, but the wear and tear of combat deployment can exceed a family’s capacity to cope,” Cavell wrote in his grant proposal.

Studies have shown that school-based mentoring can reduce student absenteeism and school-related misconduct and increase academic performance and peer support. School districts located on military bases, such as Camp Pendleton in San Diego, have offered school-based mentoring for over a decade. However, most school districts are not located on or near military installations. The school personnel in these districts might not identify, and thus not support, military-connected students in their schools. This also applies to students whose parents serve in the National Guard or Reserve. These service members tend to live away from military bases.

“War operations in Afghanistan and Iraq meant that the number of repeated and lengthy combat deployments by U.S. military personnel reached an all-time high,” Cavell wrote. “Operations Enduring Freedom and Iraqi Freedom required frequent and lengthy deployments and a greater reliance on National Guard and Reserve units for whom the moniker ‘weekend warrior’ is no longer apt. These circumstances led to an unprecedented number of children who had a deployed parent.”

Cavell wrote that to successfully serve military students, school district personnel must dedicate resources to establish a network at each school that connects military parents, school staff, community organizations and local mentoring agencies. Such a network will make it possible to identify, engage and support military-connected students with volunteer mentors.

Cavell is a professor of psychology in the J. William Fulbright College of Arts and Sciences and director of the Center for Research on Aggression and Victimization. He studies effective interventions for school-age children who are overly aggressive or chronically bullied and at risk for later delinquency or substance abuse. He has extensive experience in designing and evaluating mentoring projects over the past two decades and publishes frequently in academic journals and books.

He will collaborate with researchers from Boston University and New York University, with staff from North Thurston Public Schools in Lacey, Washington, and with various community organizations. These organizations include Washington State Mentors and Big Brothers Big Sisters of San Diego and Southwest Washington.