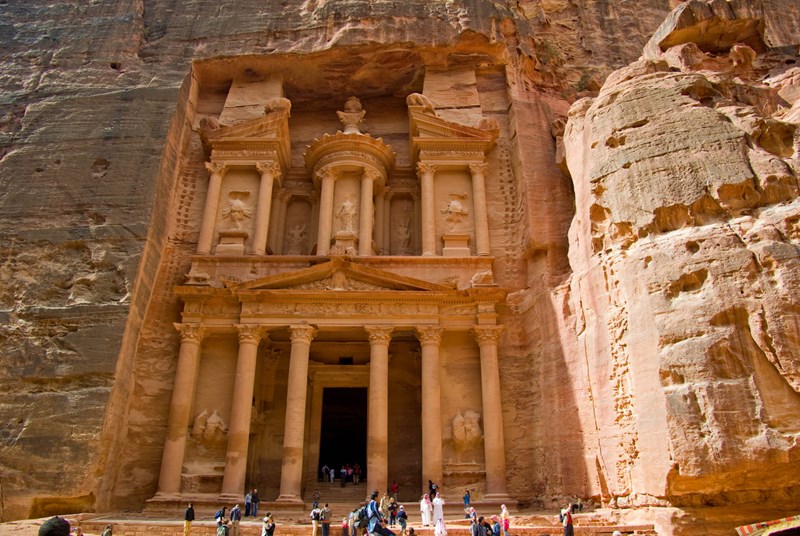 FAYETTEVILLE, Ark. – Tom Paradise, professor of geosciences and Middle East studies in the J. William Fulbright College of Arts and Sciences, will present Solving Mysteries in the Valley of the Crescent Moon: Two Decades of research in Petra, Jordan at 3:30 p.m. Friday, April 18, in Kimpel Hall Room 105.

Paradise will discuss the university’s Petra Project using photographs from the site. This 25-year research project is one of the oldest programs in the ruined Jordanian city described as a “rose-red city half as old as time.” Research in the area has focused on identifying and assessing the impact of nature and tourists on the Valley of the Crescent Moon.

The audience will also get a sneak peek at the NOVA series Paradise is doing about Petra, which will be shown on PBS.

Paradise joined the University of Arkansas 2000 and has a background in geography, cartography, geology and architectural and art history. His research has been published in many earth science and architectural conservation publications including the Journal of Physical Geography, American Journal of Archaeology, Geomorphology, Conservation, Geografiska Annaler and Zeitscrift fur Geomorphologie. He has also written several book chapters about the region.

This geosciences colloquium is presented in conjunction with the King Fahd Center for Middle East Studies. The presentation is free and open to the public.