Award-Winning Pianist to Serve as Composer in Residence 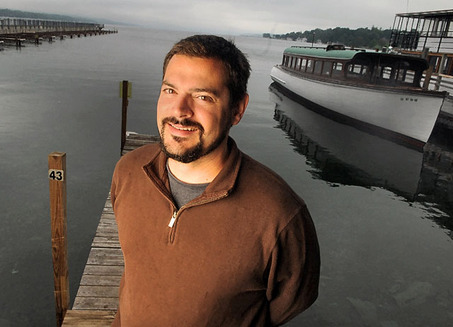 “Carter Pann is one of the most respected and sought-after composers in contemporary wind ensemble repertoire,” said Chris Knighten, director of bands. “To have this time with such a talented pianist and composer is a wonderful opportunity for our students.”

Pann’s music has been described as a “blend of crafty, popular-sounding idioms, subtle and unabashed humor, and haunted melodic writing.” His compositions have been performed by many ensembles around the world including the London Symphony, Berlin-Stockholm-Finnish Radio Symphonies, Seattle Symphony and National Symphony of Ireland.

Pann began studying the piano at an early age with his grandmother before taking formal lessons with Emilio Del Rosario at the North Shore School of Music in Winnetka, Ill., and studying composition with Howard Sandroff from the University of Chicago at Hyde Park.

His work has earned five composer awards from the American Society of Composers, Authors and Publishers, and his Piano Concerto, recorded by the Czech State Philharmonic of Brono, was nominated for the Best Classical Composition of the Year GRAMMY in 2001. He has also won the K. Serocki Competition in Poland and a Charles Ives Scholarship from the American Academy of Arts and Letters. He often scores TV/Radio commercials as a complement to composing concert music.