Tribal Students to Benefit from Scholarship 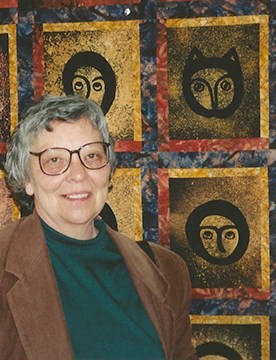 FAYETTEVILLE, Ark. – Michael Hoffman, professor emeritus of anthropology at the University of Arkansas, is contributing $25,000 to create the Margaret J. Hoffman Endowed Scholarship for Citizens of Tribes Indigenous to the United States. The scholarship is named in honor of Hoffman’s late wife, Margaret “Peggy” Hoffman, who was a University of Arkansas faculty member in the department of anthropology and a University Museum staff member.

Hoffman chose to establish the scholarship to celebrate his wife’s accomplishments and pay tribute to her time at the university, where she taught museology courses to both undergraduate and graduate students. She also directed a museology Master of Arts option in anthropology and was responsible for training a generation of museum professionals in Arkansas. Several of her students achieved important museum positions nationwide.

“Peggy loved teaching her U of A students, and Native American cultures and art were a major part of her teaching emphasis,” Hoffman said. “Her memory will endure through this scholarship as it encourages successful Native American students at the university.”

“Michael Hoffman’s establishment of this scholarship is a wonderful, heartfelt tribute to his wife and her time at the university,” said Chris Wyrick, vice chancellor for university advancement. “As a professor, Peggy impacted a generation of students, and this gift will ensure that legacy is felt into the future. By designating this scholarship for students who are citizens of federally recognized tribes, Michael has found a meaningful way to support Peggy’s passion and help a valuable segment of our student body in the process.”

Peggy Hoffman, who received her Bachelor of Arts in anthropology from the University of Illinois and Master of Science in textile conservation from the University of Arkansas, joined the university faculty in 1964 She and her husband both worked as curators for the University of Arkansas Museum in addition to their roles as professors for the department of anthropology. Peggy Hoffman developed the museum’s preservation and conservation programs, including a phased management program for archaeological holdings and historical and ethnographic holdings. She also developed the volunteer program and a safety and security program. Because of her experience, she provided collections management and conservation consulting to museums around the state. In 2000, the Hoffmans endowed the Samuel C. Dellinger & Margaret J. and Michael P. Hoffman Endowed Scholarship in Anthropology at the university.

Recipients of the newly created scholarship must be current University of Arkansas students enrolled in undergraduate or professional coursework who are citizens of a federally recognized tribe indigenous to the United States. Donors interested in contributing to the fund can contact Mark Power, associate vice chancellor for development, at 479-575-7206 or mepower@uark.edu.