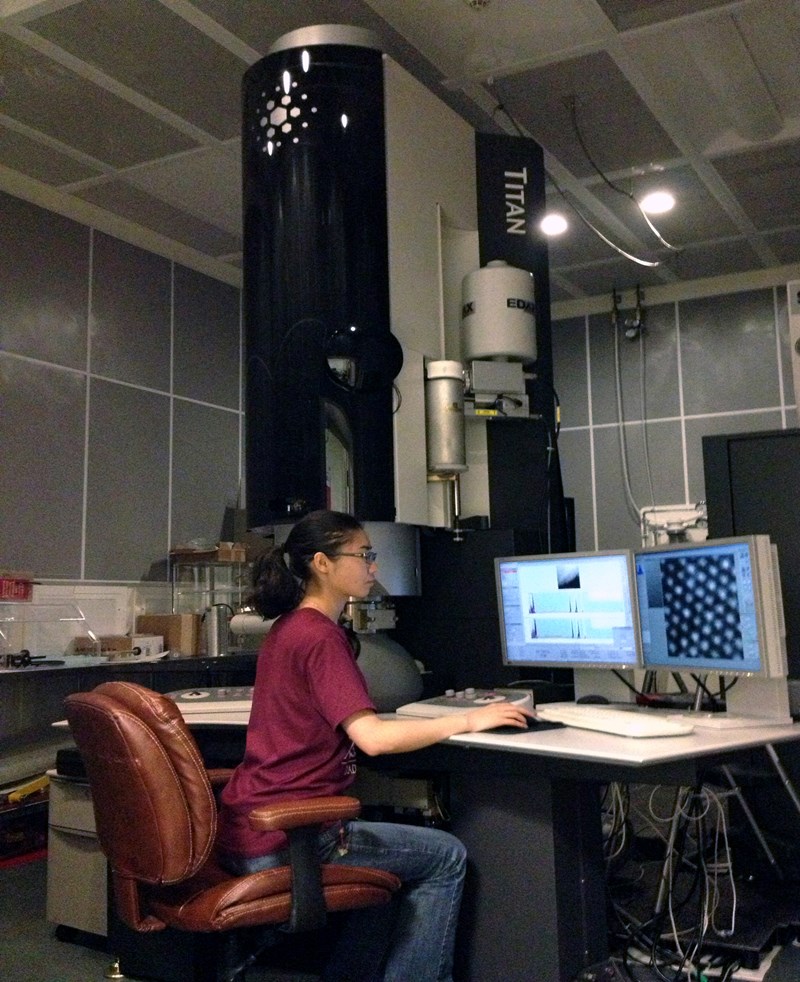 FAYETTEVILLE, Ark. — A researcher at the University of Arkansas helped confirm the existence of high levels of nanodiamonds in soil samples collected in the Oklahoma Panhandle, supporting a hypothesis that an extraterrestrial event about 11,000 years ago caused significant global cooling that contributed to the extinction of many animals.

Mourad Benamara, director of the university’s Arkansas Nano & Bio Materials Characterization Facility, analyzed the soils using transmission electron microscopy, a technique that is capable of creating images at significantly higher resolution than microscopes that use light.

“I provided the expertise in the structural and chemical analysis of the soil samples collected by collaborators at the University of Oklahoma at different locations of the Bull Creek area in western Oklahoma,” Benamara said. “The U of A has a powerful Titan microscope that is fitted with electron energy loss spectroscopy, and this complex instrumentation can provide ultimate results in terms of image and energy resolution. I used the Titan to identify traces in spectra allowing the identification of some forms of carbon. That allowed the extraction of information about the presence of nanodiamonds.”

The Arkansas Nano & Bio Materials Characterization Facility is located in the Institute for Science and Engineering at the University of Arkansas.

The results of the University of Oklahoma-led study were published Jan. 21 by the Proceedings of the National Academy of Sciences, U.S.A, in a paper titled “Quantifying the distribution of nanodiamonds in pre-Younger Dryas to recent age deposits along Bull Creek, Oklahoma Panhandle, USA.”

Nanodiamonds are extremely tiny diamonds that are found in meteorites and rocks associated with meteorite impact events. Leland Bement, a scientist at the Oklahoma Archeological Survey, said nanodiamonds are one of several markers that have been proposed to indicate that a comet hit or exploded above the Earth about 11,000 years ago and triggered the cold event known as the Younger Dryas.

The research team wanted to verify the presence of nanodiamonds in sediments in Bull Creek at the start of the Younger Dryas and see if deposits of other ages also contained concentrations of nanodiamonds, Bement said.

“So we sought sediment deposits that could be dated to episodes of other climate extremes such as the last glacial maximum 20,000 years ago and another reversal at 8,200 years ago,” Bement said. “The end result of our study was that we confirmed the existence of a huge spike in nanodiamonds at the beginning of the Younger Dryas, but we also found a similar large spike in deposits less than 3,000 years old.”

The team also looked for different kinds of sediments in Bull Creek, including windblown, stream-lain and erosional as well as sediments that had undergone soil formation processes.

“We did not find nanodiamond spikes in any of those sediments,” Bement said. “Therefore, some other event or process than those listed above were responsible for the high spike in nanodiamonds. This means that the hypothesis that nanodiamonds were created by a comet strike or airburst cannot be ruled out based on our findings. In addition, a similar source should be considered for the spike in nanodiamonds in deposits less than 3,000 years old.”

The planned contract between the U of A and Coca-Cola would cover a 10-year period, beginning on July 1.