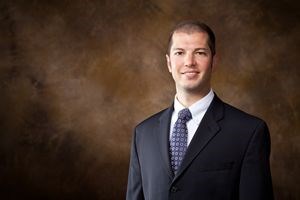 Regardless of how Paterno handled information related to Sandusky’s criminal behavior, the grand jury’s investigation should not have publicly mentioned Paterno, Gallini said, because the then-84-year-old coach was not the subject of the state’s criminal investigation.

Sandusky, Paterno’s former assistant coach, was arrested on Nov. 5, 2011, on charges of sexually abusing eight boys over several years. The arrest occurred after the release of what Pennsylvania Attorney General Linda Kelly called “a wide-reaching grand jury investigation.” Although Paterno was not the target of the investigation, his name was included in the grand jury “presentment,” which became publicly available the same day Sandusky was arrested.

A grand jury presentment is a document that reflects the results of an investigative grand jury. Presentments were abandoned by the federal grand jury system in 1946, but, as Gallini explains, several states, including Pennsylvania, continue to rely on them in their grand jury practice.

Today, federal grand juries must adhere to certain investigative rules, part of which demand secrecy in investigative findings to prevent collateral damage to witnesses and other third parties. But Pennsylvania and the handful of other states do not similarly bind their state grand juries and have established charging systems that deviate substantially from the federal system.

Pennsylvania’s presentment system bypasses many of the procedural protections provided by federal criminal law. In addition to not protecting the names of witnesses and third parties, the state’s system also does not provide an opportunity for witnesses and other parties mentioned by name to file any kind of legal response.

The Sandusky grand jury presentment caused Paterno to lose his job, Gallini argues. Citing a “failure of leadership” to do more after he was told that Sandusky was seen touching a boy inappropriately inside one of Penn State’s athletic facilities, the university’s board of trustees fired Paterno four days after the results of the grand jury were made public.

“Paterno’s involvement may certainly have become public without his name being mentioned in the grand jury’s presentment,” Gallini says. “But a grand jury investigation into someone else – in this case, Sandusky – should have no role in that eventuality. The problem is that naming Paterno in the Sandusky presentment more than implied that Paterno had committed a crime, without having gone through the appropriate steps to establish probable cause that he actually did commit a crime.”

The problem cannot be attributed entirely to Pennsylvania, Gallini says. The U.S. Supreme Court has frequently referred to the grand jury as an independent body, separate from the three branches of government. This historic emphasis on the independence of the grand jury, Gallini argues, promotes confusion and inconsistency in the treatment of grand jury documents, secrecy rules and uninvestigated third parties.

“The court’s long-held characterization of the grand jury as a body ‘acting independently of either prosecuting attorney or judge’ promotes and allows for the extreme position taken by Pennsylvania’s statutory scheme,” Gallini says.

Specifically, Pennsylvania continues to allow its investigative grand juries to issue presentments but does not regulate precisely what and who is included in those documents. The failure to do so allows the grand jury to name anyone, including witnesses and other uninvestigated parties, without providing those individuals the ability to defend themselves.

“The Supreme Court’s desire for grand jury independence does not equate to the investigative recklessness so prevalent in Pennsylvania’s grand jury system,” Gallini says.

Gallini’s article has been accepted for publication in the Tennessee Law Review.