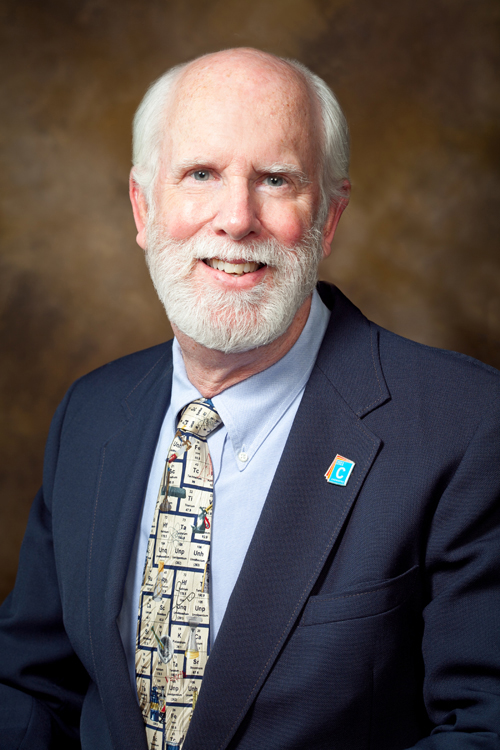 FAYETTEVILLE, Ark. – Robert E. “Bob” Gawley, 64, of Fayetteville, passed away on March 18, 2013, while skiing with friends near Steamboat Springs, Colo. He served as an educator and researcher for more than 35 years and as a Distinguished Professor and chair of the of chemistry and biochemistry department at the University of Arkansas.

Donald R. Bobbitt, president of the University of Arkansas System, taught in the department of chemistry and biochemistry prior to assuming administrative positions and said: “I mourn with my colleagues in the department of chemistry and biochemistry and across the University of Arkansas campus, the loss of our dear colleague and friend, Bob Gawley. Bob was not only an exceptional chemist, but he was one of those rare individuals who helped those around him excel. He was kind and thoughtful and his passing will affect the department in so many ways that it is impossible to calculate. Our sympathy goes out to his wife, Lorraine, and his family on their loss.”

Before joining the J. William Fulbright College of Arts and Sciences as a tenured professor at the University of Arkansas in 2003, Gawley was a faculty member at Miami University. He also served as a visiting professor at Colorado State University (1984), Eidgenössische Technische Hochschule, Zürich (1993-94), University of Exeter (2000) and University of Sheffield (2007).

The university community is deeply saddened by the passing of professor Gawley,” said Chancellor G. David Gearhart. “He was an outstanding member our academic family, and the loss will be felt by students, faculty and alumni. We extend our heartfelt condolences to his family at this very sad time.”

Provost Sharon Gaber said, “Dr. Gawley’s leadership as a chemistry faculty member, researcher and department chair will be greatly missed. Fulbright College and the University of Arkansas were greatly enhanced by his hard work.”

“Since 2003, Dr. Gawley served as a key leader within his department and the sciences,” said Robin Roberts, dean of Fulbright College. “An effective and compassionate advocate for students, faculty and staff, Bob served as chair of his department beginning in 2011. His commitment to excellence as both a researcher and an administrator was a wonderful example to us all. On behalf of Fulbright College, I extend to Bob’s family my deepest sympathy.”

Gawley was a member of the organic division of the American Chemical Society, Sigma Xi and Phi Lambda Upsilon. He was a fellow of the American Association for the Advancement of Science and the Royal Society of Chemistry.

In 2010, Gawley was a recipient of the Bene Merenti Medal of the University of Regensburg, recognizing the highest award given to someone outside the university. The medal was in recognition of his role in the development and success of creating the U.S.-E.U Atlantis transatlantic dual degree exchange program in chemistry and facilitated by the University of Arkansas office of study abroad and international exchange.

That same year he was appointed chair-elect of the organic division of the American Chemical Society and was to have served as chair of the division starting this year.

He is survived by his wife, Lorraine O’Brien Gawley, and two sons, John Joseph and James O’Brien.

Details about funeral and memorial services have not been finalized.