Moroccan Filmmaker to Show and Discuss His Work and Country 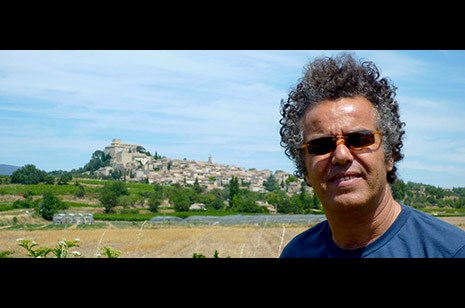 FAYETTEVILLE, Ark. – Moroccan-American filmmaker Hakim Belabbes will show and discuss his films during a three-day visit to Northwest Arkansas. His visit is part of Caravanseri: A Place Where Cultures Meet, a showcase of the diversity of contemporary Islamic societies. The program is designed to promote understanding between American and Muslim societies, and is being brought to Northwest Arkansas through a partnership between the University of Arkansas’ King Fahd Center for Middle East Studies and the Walton Arts Center.

At 5 p.m. Monday, Feb. 25, in room 266 of the J.B. Hunt Center at the University of Arkansas, Belabbes will hold a film workshop, screening segments of his work and discussing various aspects of narrative and documentary filmmaking with graduate film students and interested community members. The event is free and the public is welcome.

At 6 p.m. Wednesday, Feb. 27, Belabbes will show two of his films, A Nest in the Heat and Whispers, in the Walker Community Room of the Fayetteville Public Library. After the films Belabbes will discuss the process of filmmaking and be available for questions. This event is also free and open to the public.

Hakim Belabbes was born in the Moroccan town of Boujad, where his father owned the only movie theatre. He earned a Bachelor of Arts in American and African literature in 1983 from Mohamed V University in Rabat, Morocco, and a graduate degree in film and video from Columbia College in Chicago, where he now teaches film direction and production.

Belabbes served as head of the audio visual department at the Hassan II Foundation in Rabat, where he created films that document the experiences of Moroccan immigrants in Europe. He has produced and directed more than 10 films and received several awards.

Caravanserai: A place where cultures meet is produced by Arts Midwest on behalf of the U.S. Regional Arts Organizations with leadership support from the Building Bridges Program of the Doris Duke Foundation for Islamic Art. Major support is provided by Robert Sterling Clark Foundation. This project is made possible in part by a grant from the Association of Performing Arts Presenters and MetLife Foundation All-In: Re-imagining Community Participation Program. Additional assistance has been provided by our lead Moroccan partners, the Essaouira Mogador Association and the Office of Moroccan National Tourism. Caravanserai’s film and media programming is coordinated on behalf of the program by South Arts.