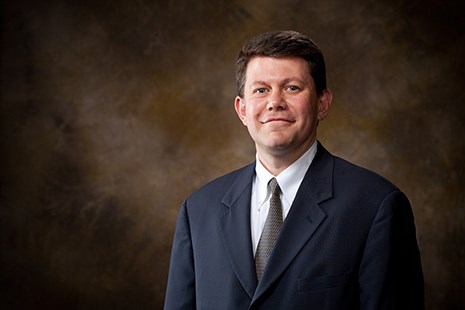 FAYETTEVILLE, Ark. – Geospatial and engineering researchers at the University of Arkansas are taking steps to commercialize a secure, web-based toolkit that will help natural gas production companies create plans for drilling in sensitive ecosystems.

Working in collaboration with Greg Thoma, a professor of chemical engineering, the Center for Advanced Spatial Technologies developed the Fayetteville Shale Natural Gas Infrastructure Placement Analysis System. The system helps streamline several critical tasks involved with the placement and permitting of new drilling pads, gathering lines and other infrastructure. Among those is initial environmental screening of proposed locations, which are made available to producers through a variety of models, including slope analysis, spill modeling and proximity to sensitive areas.

CAST will use the RazorVue Multi-Touch Collaborative Interface to demonstrate the toolkit to the public on Monday, Dec. 10. RazorVue is a high-resolution multi-touch screen that works like a tablet — but at 10 feet wide and 4 feet high it is the size of a small movie screen. The giant screen can display the entire state of Arkansas and with a simple hand movement, the researcher can focus on a particular location.

Jackson Cothren, director of CAST, said the center plans to market the Infrastructure Placement Analysis System, which uses three-dimensional maps of a geographical area with underlying databases including important environmental and cultural features.

“We want these companies to create a framework that has the models in it where the companies can plug in their own data and still share it across their networks — which they don’t often do right now — and with regulators,” said Cothren, an associate professor of geosciences at the U of A.

The Infrastructure Placement Analysis System collects information into one central online toolkit where decisions can be made under a uniform set of conditions and can be used for proposed oil and gas drilling not only in the United States but other parts of the world, Cothren said. It also serves as a clearinghouse of information that educates the public about the process of extracting natural gas.

CAST, established in the J. William Fulbright College of Arts and Sciences at the U of A in 1991, is dedicated to research and applications in geospatial analysis and modeling, remote sensing and digital photogrammetry. Photogrammetry is the science of recording, measuring and interpreting photographic images, among other things. Remote sensing is the measurement or acquisition of information about an object or scene by a satellite, radar or aerial photography.

The center specializes in serving the academic community through its emphasis on high quality university courses in geographic information systems, global positioning systems, and related technologies.

Thoma, holder of the Bates Teaching Professorship in Chemical Engineering in the College of Engineering, has a primary research interest in engineering transport phenomena — particularly as it is applied to reducing or repairing environmental contamination.

Thoma approached the center in the mid-2000s about developing a spatial modeling system that would gather geographic information about sensitive ecoystems to allow both production companies and regulators to assess the risks involved in drilling.

“The first wells in the Fayetteville Shale were being drilled in 2005,” Thoma said.
“We proposed to link environmental risk-assessment with geospatial data. We created some screening models that linked the local habitat, the soil type and the slope with very simple spill models, so that the exploration production community could screen specific locations for well-pad siting based on local environmental risk.”

Fred Limp, University Professor of geosciences and founder of the Center for Advanced Spatial Technologies, said the Infrastructure Placement Analysis System is a “spectacular” development.

“When any activity occurs that has the potential to damage the environment but also has societal benefit, you’ve got to figure out what’s the most informed way to make that decision,” said Limp, who holds the Leica Chair in Geospatial Imaging. “We want to extract natural gas in such a way that there is no environmental damage. CAST built a system using the best knowledge in a university setting to organize and structure that so that all of those players can play in one consistent, common way. This sort of system is increasingly important.”

CAST worked with the Houston Advanced Research Center to receive funding for the project from the Research Partnership to Secure Energy for America, a U.S. Department of Energy program. The National Energy Technology Laboratory, a division of the Department of Energy, also funded additional development.

“The fact that we have funding and found partners to fund the development of it, people think it is a viable commercial product,” Cothren said.