U of A Receives German Government Grant for Upcoming International Symposium 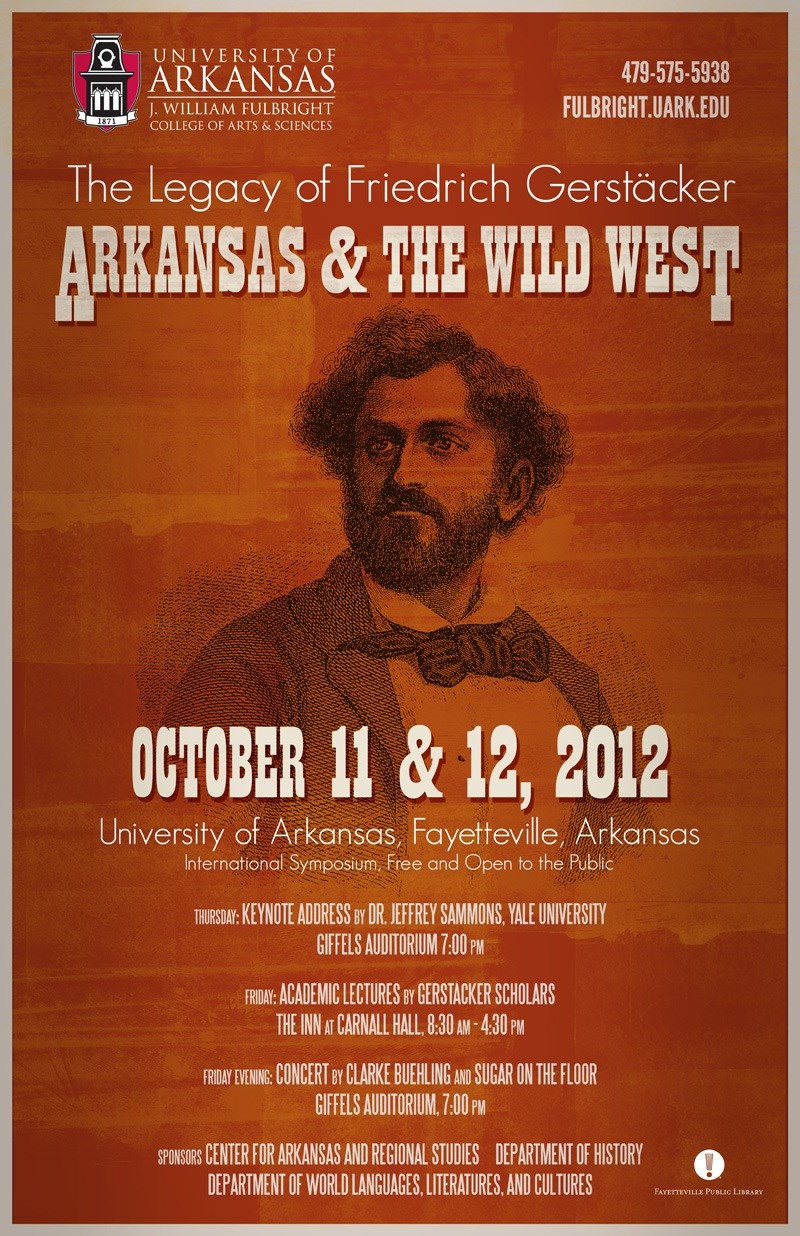 The University of Arkansas is the recipient of a grant from the Deutscher Akademischer Austauschdienst (DAAD; German Academic Exchange Service) in support of an international symposium on the German author Friedrich Gerstäcker to be held on the Fayetteville campus on October 11-13.

Friedrich Gerstäcker was an early and important explorer of Frontier America in the mid 19th century, and his chronicles of life in the Wild West amid horse thieves, vigilantes, and Native Americans were widely read in his native Germany.

The novel Die Regulatoren in Arkansas (The regulators, aka vigilantes, in Arkansas) was one of his first published works and launched his writing career, which would eventually encompass 70 books and over 400 travel sketches.  Gerstäcker was made an honorary citizen of the state of Arkansas in 1957, yet most current citizens of Arkansas have never heard his name.

This symposium seeks to reintroduce Gerstäcker and his works to a wide audience both within the state and among national scholarly circles; the event will include a keynote address, scholarly papers, a concert featuring music played in Arkansas during Gerstäcker’s travels, and a hike to visit some of the sites that Gerstäcker describes in his works.

The symposium is co-sponsored by the DAAD, the Center for Arkansas and Regional Studies, the office of the provost (Artists and Concerts Committee), the J. William Fulbright College of Arts and Sciences, the department of world languages, literatures and culture, and the department of history. The co-organizers are professors Charles Adams, Robert Cochran, and Kathleen Condray. For more, see the Gerstäcker symposium schedule.

Shannon Servoss, associate professor of chemical engineering, and Suresh Thallapuranam, professor of biochemistry, will co-direct undergraduate research at the university.

$4 Million in Federal Grants To Support Transportation and Diversity Initiatives

An honors thesis by Sam Carroll demonstrating farmers can significantly reduce water use while maintaining crop yields has earned him a spot in a peer-reviewed journal.

Preston Jones intends to feature a deep dive into the dark events that took place in November 1978 when more than 900 Americans died at Jonestown, Guyana. The class will be 9:30-11:30 a.m. Oct. 12.