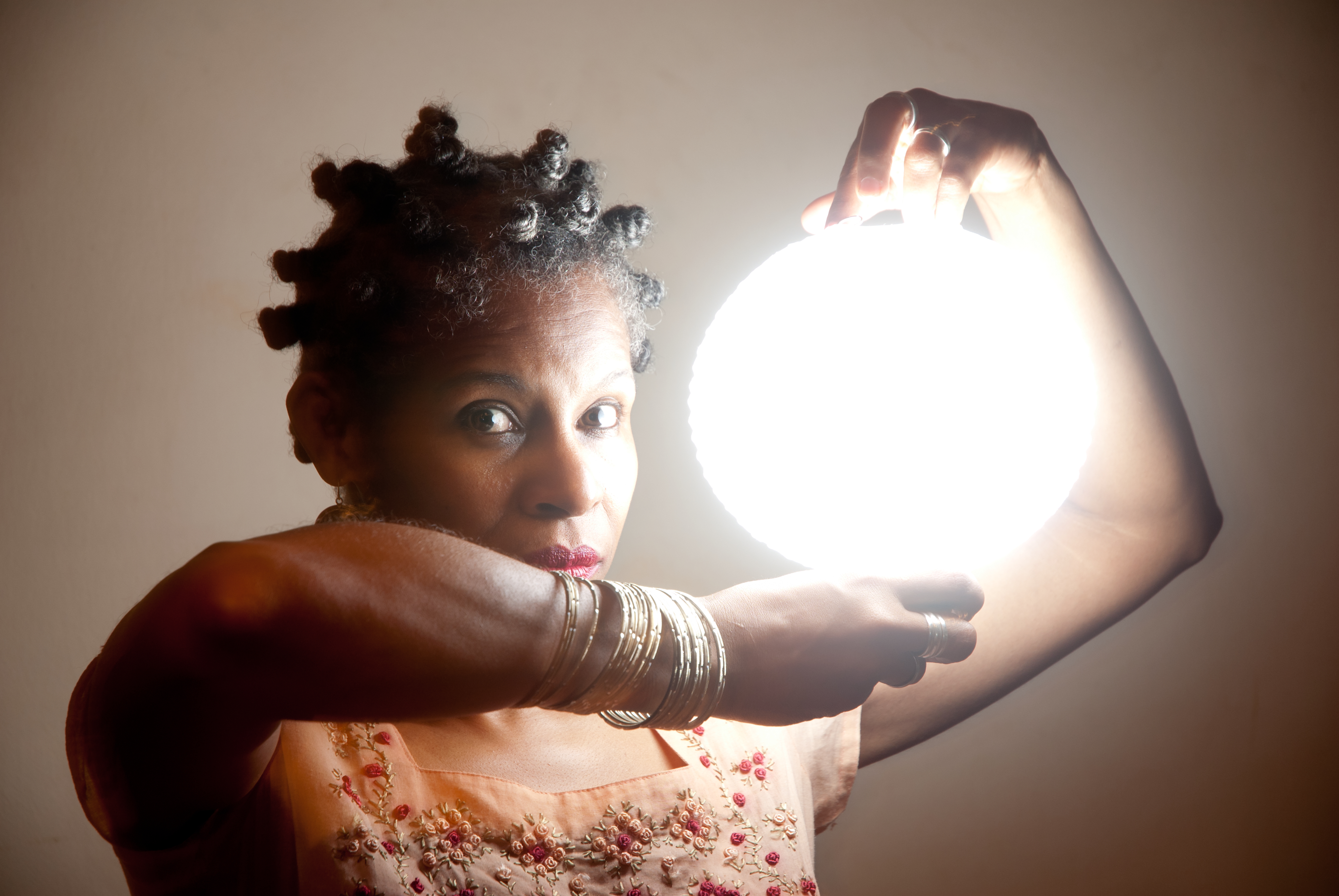 Josefina Baez, an acclaimed writer, performance artist and theater director, will appear and work her magic with the audience in the Arkansas Union Theater on Thursday, Sept. 29, at 7 p.m., in an event titled “An Evening with Josefina Baez: Readings and Dialogues.”

Baez will conduct what she calls an “encounter” with the audience, which will include dramatic readings from texts such as Dominicanish and Comrade Bliss ain’t playing, and a video montage. This event is free and open to the public, and a reception with refreshments and book-signing opportunities will follow.

Baez, an Afro-Latina artist who considers herself a “Dominican York”, is the founding director of Latinarte/AyOmbe Theatre, based in New York City. Her work ranges broadly, through rich and creative use of language, across themes of gender, race, and nation; identity, subjectivity and spirituality.   Multidisciplinary and multicultural in scope, her work draws on such sources as yoga and meditation, calligraphy, dance and music, literature and video arts, and popular culture and the healing sciences.

Of Baez, Pulitzer-Prize-winning author Junot Diaz has said: “Josefina Baez has been breaking open hearts and reordering minds for more years than I care to count…… She is a sword bathed in flame, she’s a marvel.” Critic Charlie Vázquez, for his part, has declared: “Josefina Baez is a master technician of word assemblage and an international performer of the highest order.”

Lindsay Puente, assistant professor of Spanish and Latin American and Latino studies, is serving as the principal host for Baez’s campus visit, and she is studying the work of Baez with her students in her world languages class on Latino Literature and Culture in the U.S.  “We are grateful to the campus sponsors of this event for the opportunity to expose out students to such a creative, original, and unique artist,” said Puente. “The students are very excited and we are looking forward to a very special evening.”

Baez’s campus visit continues the annual series of Latino author events organized in coordination with the University of Arkansas’s Hispanic Heritage Month Committee, which in past years has brought to campus such major authors as Isabel Allende and Junot Diaz. This event is jointly sponsored by the University of Arkansas’ Latin American and Latino studies program, the African and African American studies program, and the Multicultural Center.