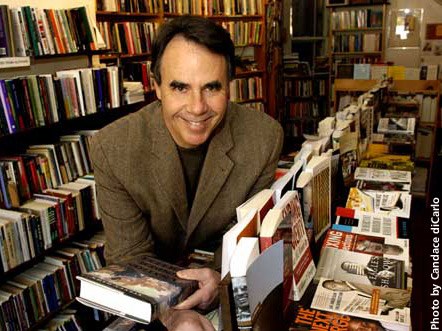 FAYETTEVILLE, Ark. – Steven Hahn, the Roy F. and Jeannette P. Nichols Professor of History at the University of Pennsylvania, will speak on “How About a Shorter Civil Rights Movement? Black Nationalism, Social Democracy, and the Limits of the Slavery to Freedom Narrative” as part of the Hartman Hotz Lecture Series in Law and the Liberal Arts. His lecture, scheduled for 4 p.m. Tues., Sept. 28, in Giffels Auditorium, Old Main, is free and open to the public.

The author of four books, Hahn won the Pulitzer Prize for A Nation Under Our Feet: Black Political Struggles from Slavery to the Great Migration, published by Harvard Press in 2003. The book also won the Bancroft Prize in American History and the Merle Curti Prize of Social History from the Organization of American Historians.

Hahn received his doctorate at Yale University and taught at the University of Delaware, University of California-San Diego and Northwestern University. He has held fellowships from the Guggenheim Foundation, the American Council of Learned Societies, and the Center for Advanced Studies in the Behavioral Sciences at Stanford. He is an elected Fellow of the Society of American Historians.

The Hartman Hotz Lectures Series was established by Dr. and Mrs. Palmer Hotz of Foster City, Calif., to honor the memory of his brother, Hartman Hotz. Hartman Hotz graduated from the J. William Fulbright College of Arts and Sciences with a degree in history. After graduating from Yale University Law School, he joined the faculty of the University of Arkansas School of law, where he made significant contributions to the study of law. The presentation series is sponsored by the J. William Fulbright College of Arts and Sciences and the School of Law. It supports the discussion of challenging social and intellectual issues of the day on the Fayetteville campus. Many distinguished speakers have participated in this lecture series; among them are public figures such as Chief Justice Warren Burger, Lord Robin Butler, William Howard Taft IV, and former Sen. George McGovern. A number of prominent historians have also presented lectures, including Eric Foner, Nelson Lichtenstein, Dewey Grantham, James Horton, Dan Flores and Ted Steinberg.