Rabbi to Discuss Women as Rabbis and Judges 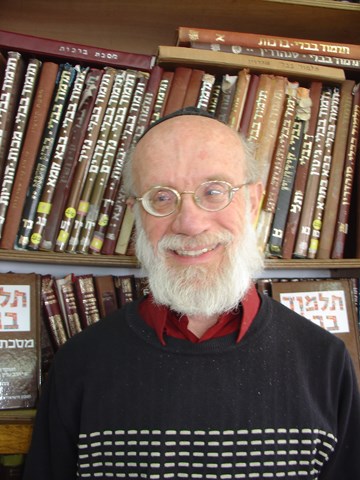 FAYETTEVILLE, Ark. – The Talmud states that “he who teaches his daughter Torah, teaches her lechery,” a provision which was long held to debar women from even learning Talmud, let alone becoming rabbis. Rabbi Arie Strikovsky, who ordained Haviva Ner-David, the first publicly ordained female Orthodox rabbi, will visit the University of Arkansas Wednesday, March 17, to lecture on “Women as (Orthodox) Rabbis and Rabbinic Judges” at 4 p.m. in room 339 in the School of Law. The lecture, jointly sponsored by the Hartman Hotz Lecture Series in Law and the Liberal Arts and the Religious Studies Program, is free and open to the public.

Rabbi Strikovsky received his Ph.D. in Bible studies from Yeshiva University, New York. He serves as the rabbi of the Nahal Eshkol congregation in Jerusalem and is a founding faculty member of the Pardes Institute in Jerusalem, where he teaches advanced Halacha and Talmud. From 1987 to 1988, he taught Holocaust studies at the Jerusalem branch of Empire State College.

He is the author of 13 books, including Faith in the Holocaust and Torah for the Nursery School. He serves as editor and author of the monthly Jewish Reader’s Digest and was a consultant for “The Lonely Dreamer,” which depicts the life of R. Moshe Hayyim Luzatto. He is also a research author for Israeli Educational Television and has engaged in Biblical debates with the late Prime Minister Menachem Begin.